An Electronic Nose that Can Detect Cancer Tumour

Researchers from The University of New South Wales have conducted a study to design a device that can aid in the detection of benign and malignant cancer stage. 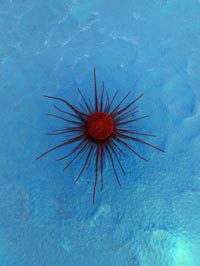 An electric nose can undertake a breathing test to detect the early stage of benign cancerous tumour, claim Australian researchers.

The University of New South Wales conducted a study to design a device that can aid in the detection of benign and malignant cancer stage. The early detection of cancer means an early  treatment, which has the potential to prevent cancer metastasis and make the chances of survival of the patient bright.

Deborah Yates, lead member of the study said that they have tried to exclude the other asbestos diseases so that the device does not end up detecting a disease, which is not the real problem. The e-nose detects mesothelioma, a cancer form, in its early stages. Australia has the highest age-specific rates of mesothelioma in the world. Almost 20, 000 patients of malignant mesothelioma die every year worldwide.

The electric nose was used by patients diagnosed with malignant mesothelioma disease, asbestos-related ailments and control patients. Out of all the patients, 88 per cent cases were correctly detected. Researchers said that conventional techniques to distinguish between early and later stages of diseases are not significantly effective and accurate.