Platelets are vital part of our blood, know the causes and treatment options for acquired platelet function disorder

There are different types of blood cells in our body that perform different functions. Platelets are also one type of blood cells. Role of platelets is to heal the injuries and form blood clots that can stop the bleeding process. However it is possible that in some conditions they do not function properly. When the platelets are unable to function smoothly and has some affect on the body, then it is called platelet function disorder.

Disorders like these are either inherited or form due to certain underlying conditions or dysfunctions. Platelets are very important for our body and lack of it can cause serious health problems. Therefore let us know from Dr. Harvardhan Singh, Haematologist at Max Super speciality hospital, Kanpur about the causes Acquired Platelet Function Disorder and its treatment method. 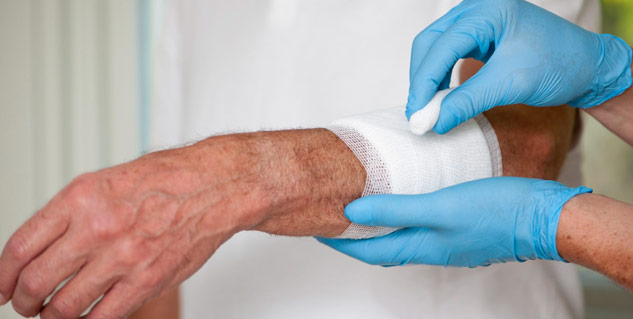 What is Acquired Platelet Function Disorder?

Dysfunction in platelets which takes place because of medicines, diseases and certain food items are called as acquired platelet function disorder. Platelets along with protein work to clot the bleeding stations in the body. When the blood vessel in damages then they are responsible to take action then. In case of acquired platelet function disorder these platelets are unable to reach their place or clot the bleeding point because there are not sufficient platelets left in the body. This condition can cause excessive bleeding, unconsciousness, damage to tissues and many other such health conditions. This is even more dangerous if there is some injury.

Cause of Acquired Platelet Function Disorder

Acquired platelet dysfunction happens due to majorly three things that are medication, diseases and food. Supplements or steroids can also affect this health disorder. Due to this dysfunction the body gets affected severely and send signals to retrieve but in some conditions it does not function. It becomes hard to understand the cause most of the times because it can be affected by multiple reasons.

Medication- Medication can be a cause for acquired platelet disorder but there are several medicines that can cause this condition. To mention a few, they are- 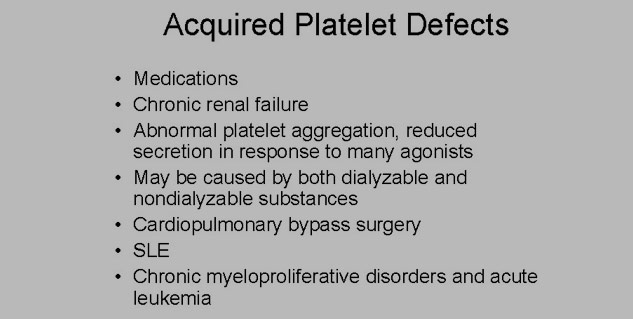 All of these can be probable reason for dysfunction of platelets in the body. It should be kept in mind that neither of this disease can be considered as a symptom for this disorder until diagnosed.

How Can Acquired Platelet Function Disorder Be Treated?

If you have some serious injury then this method is applied to stop bleeding. They infuse platelets from donations to help you recover from absence platelets. This slows down the process and given time for the treatment. Sometimes after giving certain amount of platelets, patient recovers on its own. In some cases desmopressin is also given. It signals your body to release hidden amount of platelets from the body and put it to work. This can give boost to immune cells. 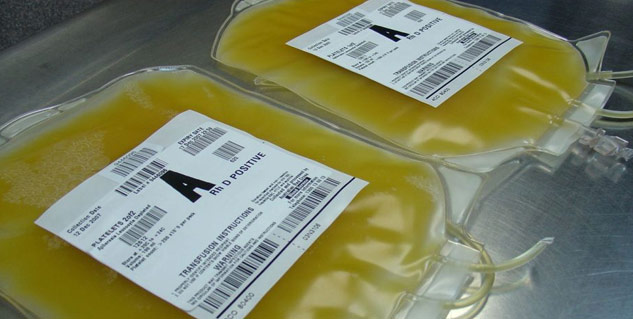 In some cases the patient suffers from an underlying condition which is the cause of platelet dysfunction. Therefore the doctor treats the underlying condition which automatically brings back the platelets to place gradually. It is to fix the clotting problems and managing the damage. However this needs proper diagnosis so that in the mean time, the patient doesn’t become serious.

Reducing Bleeding Risks Prior to Surgery

If you are suffering from acquired platelet function disorder, it is very risky to perform surgery on that person. Hence to reduce that risk, the doctors boost natural clotting and platelets through help of medication. In severe cases, external platelets are also induced to avoid any risk. Asprin should be avoided during this process because it is a thinner and can counter medications and increase bleeding.

Acquired Platelet Function disorder can be dangerous if not diagnosed within the correct time. It can lead to complication. Because of this disorder there are fewer chances that a person may know the cause of it. It can be due to multiple reasons; some underlying diseases can be a factor, other than that medications and food supplements. Before treatment the cause of it should be diagnosed well to avoid any complications. Acquired Platelet Function disorder should be treated as soon as possible for a healthy life.

Having Pain While Sitting Or Walking? You May Be Suffering From Thrombosis Haemorrhoid