A New Smart Phone App that will curb Sedentary Behaviour

Researchers have developed a new smartphone that can be used to reduce the amount of time obese individuals sit or recline while awake, preventing obesity and diabetes.

Researchers have developed a new Smartphone app that monitors sedentary behaviour and motivates one to get up and walk around. Regardless of one’s physical activity levels, spending a lot of time in doing sedentary activities is related to a greater risk for obesity, mortality and cardiovascular diseases. 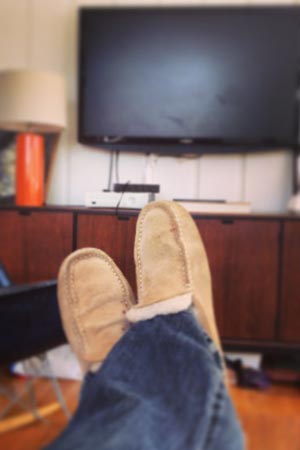 This Smartphone-based intervention was developed by researchers at the Miriam Hospital in the US and it can produce short-term reductions in sedentary behaviour that may be effective in improving one’s health.

Graham Thomas and Dale Bond, lead researchers and faculty in the Department of Psychiatry and Human Behaviour at The Miriam Hospital’s Weight Control and Diabetes Research Center, worked with all the colleagues to develop a Smartphone app to reduce the amount of time obese individuals sit or recline while awake.

The Smartphone, which is called “B-Mobile”, was tested in a study of primarily middle-aged women who were obese, though the intervention can be applied to even those who are not really obese. The app monitored the time that participants spent being sedentary and after an extended period with no activity, prompted participants through a tone paired with motivational messages to get up and walk around for a couple of minutes.

The participants received feedback providing encouragement for taking break as well as reinforcement when they achieved walking the break goal. The researchers tested three different approaches to seeing which one was best at reducing the total amount of sedentary time. Even though all the three were successful, researchers have found that it is better to take shorter breaks more often for better health.

Moreover, even though earlier interventions have used similar behavioural strategies such as self-motivating and feedback to reduce sedentary behaviour, the use of Smartphone allowed the strategies to be easily automated and implemented through the day in any environment. The app was found to perform better when compared with other low-intensity approaches that do not really involve intensive face-to-face contact and/or expensive equipment.

Bond said that prompting frequent, short activity breaks can prove to be the most effective way to decrease excessive sedentary time as well as increase physical activity in individuals who are obese or overweight.