Did you know diabetes, which we mostly attribute to an unhealthy lifestyle, is an auto-immune disease? Know more about its types

Let us imagine a group of invaders trying to conquer our land. While the defenders try to pull off the enemies, they accidentally end up killing inhabitants. The defenders try to guard their territory against falling into enemies’ camps but murder their own vital resources in the way. Ancient times have been a witness to diseases generating out of abnormal conditions in the body’s structural or cell functions. Identified as a state of abnormality or dysfunction of a particular organ or a specific part of the body, a disease has an all-encompassing trait and has been known to wipe out entire populations in the past. So, what happens when a disease attacks us? This is when an individual is diagnosed with auto-immune disease. 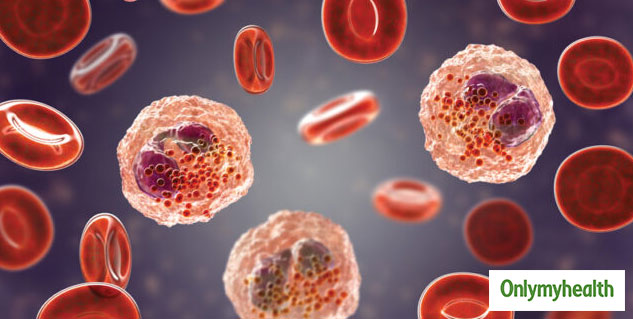 What Is Auto-Immune Disease?

If our body is prone to be attacked by disease-causing ‘invaders,’ it is capable of launching a defence too. The defence is automatically generated by a vast network of cells and tissues which is constantly on the vigil and on a lookout for pathogenic elements to combat. This wonderful mechanism in the form of our immune system is spread entirely across the body and involves many types of tissues, cells, organs and proteins. An immune system can essentially distinguish a foreign tissue from an original one and can recognise self from non-self. Dead and faulty cells are cleared away by the mechanism. Our immune system is extremely crucial for our survival. Without an effective immune system, our bodies would be prone to attack from bacteria, viruses, parasites and much more in the same way as an unguarded territory is liable to fall into enemies’ hands.

On the nature and cause of Auto-immune diseases, Dr Gangarathna Krishna, MRCP (UK), MRCP Rheumatology (UK) speaking to Onlymyhealth, shares her insights, thus, “A person with family history of auto-immune diseases or the ones susceptible to some infection are likely to trigger the immune system or a new medication altering our immune system coupled with hormonal changes during pregnancy, menopause, during delivery, etc. are the common causes of auto-immune disorders. Depending on Rheumatological Attainment Condition, like arthritis, a treatment is based. Rheumatological conditions can be auto-immune conditions, so, a patient should look for conditions like joint pain, joint swelling, and sickness in joints during morning hours, skin rashes, fevers, difficulty functioning, etc. and symptoms prolonging might require medical intervention.”

Also Read: 7 Signs you have an Autoimmune Disease

Our immune system being so advanced and complex, is likely to go wrong and develop into types of immune disorders. Auto-immune diseases are one such form in which immune system mistakenly attacks healthy body cells and tissues. A report by Medical News Today states that auto-immune diseases can affect almost every body part or system. There are more than 80 of such conditions, and some are more likely than others. As yet, not enough causes are known for auto-immune conditions, but genetic factors along with past infections and environmental factors can alter or affect their subsequent development. While auto-immune diseases are relatively common, some types that occur frequently are:

The disease is said to alter the healthy formation of skin cells. Symptoms can range from scaly, dry, itchy patches of skin to joint pain. As per estimates, more than 8 million people in the United States suffer from psoriasis and the disease affects 2-3% of the world’s population. Stress, infections are some causes or trigger points for psoriasis. 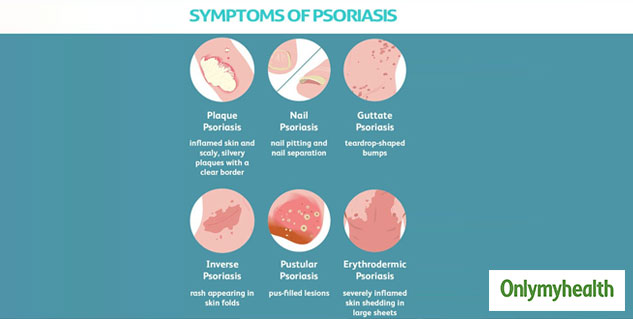 A type of auto-immune disorder, Hashimoto’s thyroiditis is a state which affects your thyroid gland. Also called hypothyroidism, the thyroid hormone is not being produced in a sufficient way leading to a swelling in the front of the neck known as goitre. Thyroid hormone is essential for maintaining metabolism along with controlling heart rate. So, the disease affects nearly organ of the body, including your heart, brain, skin and muscles. The condition may result in skin problems, joint pains, depression, constipation, swelling of thyroid gland and fatigue. Thyroid in men is common too.

Also Read: Diet For Hypothyroidism: What To Avoid And Eat? Here's All You Need To Know

As different from hypothyroidism, Graves ’ disease is an auto-immune disorder in which the immune system forces the thyroid gland to produce excessive thyroid hormones which become hyperactive. Thyroid gland is responsible for balancing metabolic rate in the body channelling the flow of energy. The hyperactive state of thyroid gland results in abnormal conditions including faced pace of heart, muscle trembling, sweating, weight loss, etc. The disease can be caused due to hereditary reasons sending false stimulating signals to the gland leading to overproduction of thyroid hormones.

We have often seen people in old age complaining of joint pains on both sides of the legs which can be a symptom of arthritis. An auto-immune disease affecting joints, rheumatoid arthritis causes painful swelling, malfunction, and stiffness in joints, wrists and hands. The condition affects joints on both sides though others organs are also affected. The disease can result in inflammatory conditions around the heart and lungs too. With no fixed cause involved, environmental and genetic factors are the triggering agents. The disease impacts joints which get swollen and weak. A person feels tired, encounter working difficulties and depression.

Systemic lupus erythematosis (SLE) refers to a condition marked by inflammation of skin, joints, and internal organs when severe. Lupus is said to affect around 1.5 million people in the U.S. and 5 million people worldwide. Majority of patients include females. Symptoms of SLE range from muscle and joint pain, sun sensitivity, tiredness, fever, etc.

Auto-immune diseases can develop in any one irrespective of age, gender or societal status, but certain factors increase the risk. While the risk factors vary depending on the type of auto-immune condition, common factors such as genetics, environmental factors, race, gender, etc. tend to affect its onset. Some auto-immune conditions preferably run in families and a person might inherit genes disposing them to a certain level of risk, which when triggered can develop into a disorder.

Environmental factors including exposure to sunlight, certain chemicals, viral or bacterial attack can affect the development of auto-immune conditions. A large number of females are prone to risks owing to hormonal changes. The disorders often show up during a woman’s childbearing years. Race seems to play a significant role in the diagnosis and severity of auto-immune diseases. To state an example, comparatively more white people receive an early diagnosis of Type 1 diabetes, while lupus is considered to be more severe in African American and Hispanic communities.

Is There Any Cure For Auto-Immune Diseases?

While there is no cure for an auto-immune condition, treatments can reduce or eliminate symptoms or relatively delay disease progression. In certain cases, taking alternative medication can help provide a cure when the body is unable to produce what it requires naturally. Such cases include Type 1 diabetes whereby, the body is unable to produce sufficient insulin and thyroid disease obstructs our body’s mechanism from producing the desired amount of thyroid hormone.

For a desired number of patients, immunosuppressants in the form of medications that suppress the immune system are provided to ease symptoms of an auto-immune disorder. In some cases, avoiding common things that can trigger immune system can be avoided to help ease or eliminate symptoms and delay progression of the disease.

Are You Struggling With Tailbone Pain? Know How It Is Caused, Identified and Diagnosed