World Parkinson's Day is observed on 11 April to create awareness about the disease. It is a neurological disorder which causes loss of cells in the parts of the brain that control movement.

Parkinson's disease is a neurological disorder which causes loss of cells in the parts of the brain that control movement. 11 April is observed as World Parkinson's Day to create awareness about the disease. Dr. James Parkinson was the first person who described the disease, therefore, his birthday is marked as World Parkinson's Day. The disease is caused due to the low presence of dopamine which is a substance that is responsible for sending signals from one neuron to another.

Usually, people ignore shivering of hands and legs and consider it as a symptom of internal weakness but it can be an early symptom of Parkinson's disease. This disease usually affects people above 50 years of age. But in the last decade, the disease has affected the youth as well. The main reason behind the rising number of cases in youth is stress, smoking habits and alcohol consumption. 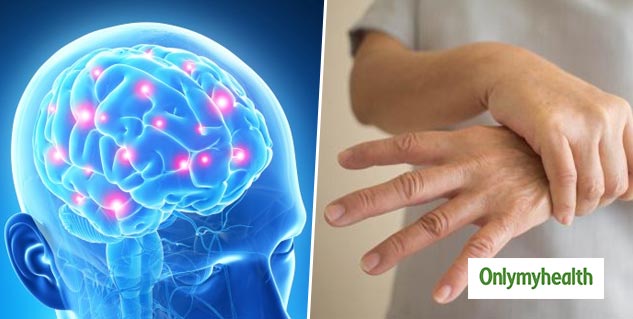 It is one of the earliest signs of Parkinson's disease. It can be easily noticed when a person is at rest. A person can experience shaking of fingers, hands or legs. Shaking can worsen with the progress of the disease. After some time it can become easily noticed by others as well. However, if you are shaking after a strenuous workout or taking a medicine, then it is normal.

Parkinson's disease makes your movement slow and you find it difficult initiating movement. You will also notice a lack of coordination while doing daily activities. It is caused due to the impairment of the neurons that are responsible for movement.

Balance impairment is also a symptom of Parkinson's disease. The patient may experience a tendency to fall often and the inability to protect oneself from falling. the changes will start slowly and later they will worsen depending upon the severity of the disease.

MORE FOR YOU
In A First, Pig's Kidney Successfully Attached To Human, Surgeon Calls It 'Potential Miracle'
Breast Cancer Awareness Month 2021: Dispelling Myths About Breast Cancer
Diwali 2021: Easy And Healthy Hacks To Celebrate Diwali
Why Stretching Is Important: Know Its Benefits; Exercises You Can Do
World Iodine Deficiency Day 2021: Here’s How You Can Prevent Iodine Deficiencies
Bone Spurs: All You Need To Know About This Bone Disorder