What are the symptoms of Aplastic Anemia? 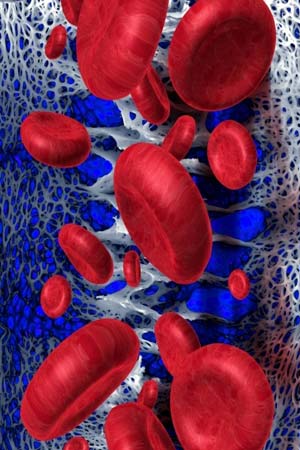 •    Lower number of red blood cells leads to fatigue and persistent tiredness. When the amount of haemoglobin in the blood declines, the body becomes susceptible to fatigue. Even mild level of activity seems tiring. Haemoglobin is present in the red blood cells and helps in the transportation of oxygen throughout the body.

•    Low count of RBCs leads to breathlessness, pale skin, dizziness while standing up or sitting, unusual coldness in the hands and feet, headaches and chest pain.

•    Inadequate number of red blood cells carrying haemoglobin forces the heart to function harder to balance the reduced level of oxygen in the blood. This might cause arrhythmias (irregular heartbeats), heart murmur, an enlarged heart or heart failure in severe cases.

White blood cells build the body’s immunity, helping it to fight against infections. Low number of WBCs makes one more vulnerable to several infections and ailments and leads to the following symptoms.

•    The low platelet count may easily lead to bruising or bleeding. It may be hard to stop the bleeding.
•    Nosebleeds and bleeding gums.
•    Red spots on the skin.
•    Blood in the stool.
•    Heavy menstrual flow or rectal bleeding after menopause.

Other Signs and Symptoms

People who have aplastic anaemia tend to develop a condition called Paroxysmal Nocturnal Hemoglobinuriaor PNH. It’s a red blood cell disorder and can be asymptomatic.

If symptoms do occur, they may include:
•    abnormal bleeding from the gums, nose, vagina
•    gastrointestinal tract
•    blood in the urine
•    shortness of breath
•    jaundice
•    abdominal swelling accompanied by pain
•    swelling in the legs due to formation of blood clots.

There are many other symptoms such as nausea or skin rashes of aplastic anaemia that aren’t associated with low blood cell count.