This perhaps can be the top rated fact in the dictionary of weight-watchers. Adnan Sami losing 107 kg was a shocker of news for men and women alike. 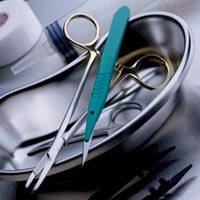 Delhi is witnessing reams of foreigners looking for weight loss surgeries which are inexpensive and easily accessible.

This perhaps can be the top rated fact in the dictionary of weight-watchers. Adnan Sami losing 107 kg was a shocker of news for men and women alike.

Supposedly Sami stared westwards for the phenomenal surgery. But ever-increasing numbers of fat westerners and others round the globe are looking towards India for the "common" procedure in national capital hospitals.

Nancy Leviatt was an anxious woman till she flew to India, to trim down on her 120 kgs of weight. She was a 40 year old morbidly overweight Pennsylvania dweller who went under a knife for a bariatric surgery at a Delhi hospital. She’s now slightly less than her yester year’s weight.

Leviatt, mother of two teen-age boys Christopher and Jachary, confesses that she wants to stay fit and fine to watch her grand children play.

The ABC of morbid obesity

Morbid obesity, classically defined, is a disease, which is chronic and lasting. It involves unnecessary storage of fat inside one’s body. An individual may appear fat; however the possibilities can be that he or she is not clinically obese. Ideally, an overweight person has a BMI of 25-30.

Patients who suffer from clinical obesity, even slight amount of weight loss is difficult to accomplish.

Overweight tags along with itself blood pressure, diabetes (type 2), heart disease, stroke, gallstone disease and cancer of breast, prostate and colon. Doctors would agree to the fact that there are around 30 odd medical conditions which are unswervingly related to obesity.

Thumbs up for surgery

Patients who suffer from morbid obesity can opt for it.

Dr Kumar reveals that surgery might be the only option in a few cases, but the key remains in maintaining post-surgery care.

On the other hand, Dr Anup Dhir, senior cosmetic surgeon, Apollo Hospital suggests, “Yes, if an individual is dying because of so much weight, he or she must for bariatric surgery, however one must be aware of its repercussions as it can lead to severe mal absorption among other threats”.

Diabetics in a win-win situation

Dr Dhir gives a head nod, when asked if we can wave goodbye to diabetes with bariatric. He adds, “Once the weight is reduced, insulin levels automatically go down”.

According to JAMA, researchers have found that 73 per cent of patients, who underwent a stomach reducing surgical procedure, were cured of Type 2 diabetes when compared to only 13 percent of diabetics that followed other forms of conventional therapy - dieting, weight loss and medication - went into remission.

Bariatric surgery in India, why?

Now the question arises- What lures the likes of Nancy Lveiatt to India? The answer is price-less. Quite literally. The expenditures incurred for the surgery, which is also known as gastric bypass, is cut by 75% of what it is in the US. It is approximately priced at Rs 3 lakh in India; 3 times less than what it is originally priced in US.

India is full of excellent quality doctors, hospitals and with sky-peaking success rates, we welcome to y’all aboard!