Watching a Broken TV could Help you Lose Weight

Now you could watch a broken television set if you want to curb your hunger pangs and avoid the extra weight. 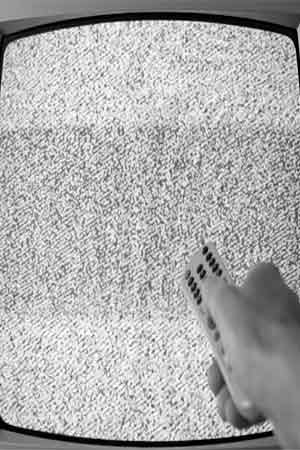 Television viewing that was regarded as one of the key reasons for weight gain has now come under a better light. New research shows that couch potatoes may in fact be able to shed their extra weight in front of the idiot box, but only if their television set is on blink.
Scientists have revealed that just by looking at the flickering screen could banish your hunger pangs, and so a broken TV or a TV that needs tuning could be helpful.

Food cravings seem to disappear instantly if someone spends just a few seconds at the black and white flickering screen. The volunteers who carried a hand held computer device displayed the flickering images and reported that their hunger pangs did subside by almost 23 per cent immediately after they watched them.

The psychologists at the Flinders University in Adelaide, Australia did consume nearly 40 per cent fewer calories than the participants who did not view the images. The highly unusual dieting regime deploys a technique known as dynamic visual noise, where thousands of tiny black and white dots bounce around the screen.

Numerous studies have shown that one of the reasons we give in to food cravings so easily is that they can provoke vivid mental images of the tasty treat in question.

But other research shows it is possible to interrupt those images by making the brain focus on something else. Therefore, cravings were seen to reduce when volunteers were asked to visualise a beautiful rainbow instead of the snack they yearned for. So you can be a couch potato and still be thin, how about a broken TV?