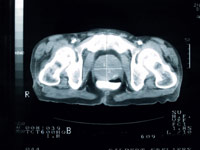 Medical experts are certain of his recovery, declaring that disease is in early stages. However, some experts argue that screening and treatment might go the other way due to age-factor.
Warren Buffet, 81, is clearly out of grasp of life-threatening cancer declared Jonathan Wright, a urological oncologist at the University of Washington and Seattle Cancer Care Alliance.
He said, “Warren has an excellent long-term prognosis and the cancer is in a very curable stage.”

According to Mark Litwin, a researcher at UCLA's Jonsson Comprehensive Cancer Center and chairman of the Department of Urology, radiation therapy is a standard treatment procedure that will be followed. In the procedure, beam is extremely focused and treatment renders minimal side effects. However, patient might experience mild fatigue and temporal urinary and bowel dysfunction. He added that patients can work while receiving radiation treatment.

According to American Cancer Society records, one in six American men get prostate cancer in United States, while chances of dying from disease are 1 out 36. Louis Potters, chairman of radiation medicine at North Shore-LIJ in New York, said that low risk prostate can also be observed without needing to be treated in initial phase.

Buffett will be addressing Berkshire's annual meeting on May 5 in front of 40,000 shareholders at company’s headquarters at Omaha, Nebraska. Buffet’s illness will be revealed then and there. After identification of the malady, company postponed some conferences and meetings involving Buffett.

Later, the influential investor also admitted his condition publically, and asserted that he is feeling fine at the moment.