There are some unexpected reasons which can cause infertility, read on to know about them.

Heredity, getting older, medical problems such as polycystic ovarian syndrome (PCOS) and endometriosis are some uncontrollable factors which can cause infertility.

However, if you're having difficulty getting pregnant, then you need to make lifestyle changes, such as following a healthy diet, or managing how hard you exercise.

Reasons You May Not Be Getting Pregnant

Not Having Enough Sex

To conceive, you must have sex, specifically, during your ovulation which is a period in which women body produces egg.

However, it is critical to do it more frequently throughout your cycle and not just when you are most likely to become pregnant. Having sex indicates your body that it is ready for conception. And the immune system becomes alert to fight against any kind of illness.

Also read: Why You’re Not Getting Pregnant? Here Are 8 Reasons for Female Infertility

Having an abnormally high or low weight

Your physical weight might also influence fertility. People who are considered overweight or obese may find it difficult to conceive. According to one study published in the Canadian Medical Association Journal, the chance of infertility increases by 27% for women who are overweight and 78% for those who are obese.

Body mass index (BMI) was employed in a study of opposite-sex couples, their body composition, and their paths to pregnancy. It was discovered that couples, where both partners were obese, took up to 59% longer to get pregnant than those whose weights were within healthy weight levels. 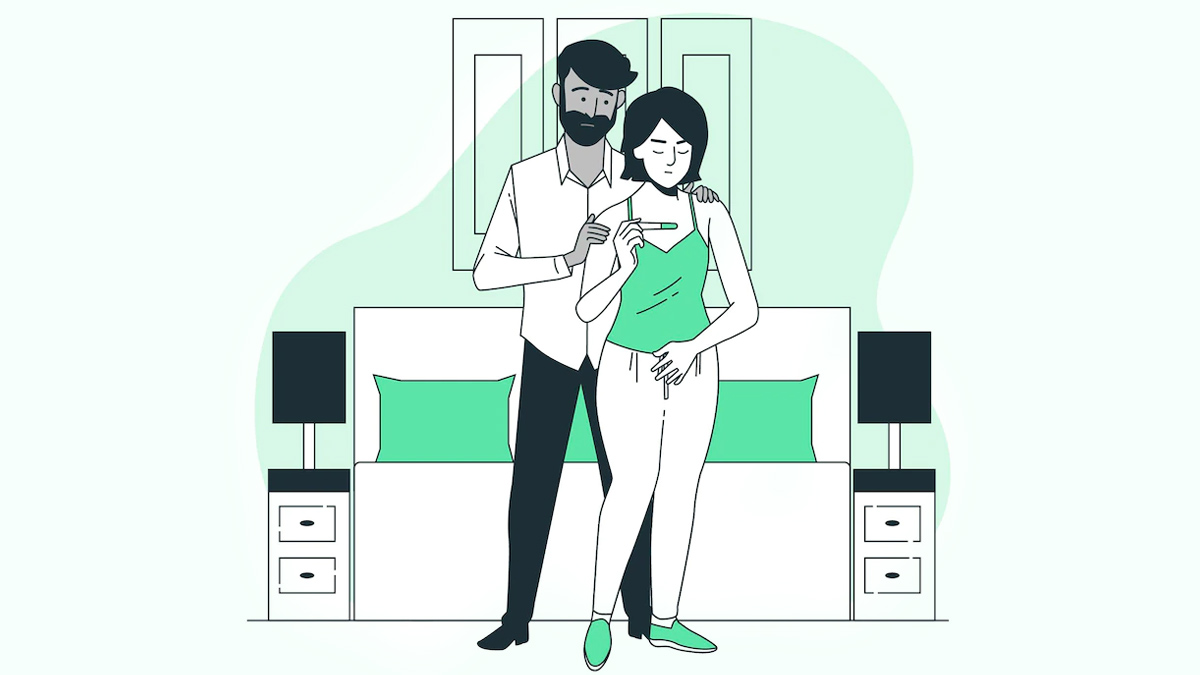 Just as being overweight can interfere with fertility, being underweight does as well. A very low weight can prevent the body from producing oestrogen, resulting in irregular menstruation cycles in menstruators . Because of the variation in menstrual cycles, a person may not get a period, which implies they are not ovulating which is the key aspect of being able to get pregnant.

Exercise is beneficial whether you are attempting to conceive or not. However, you should keep an eye on the intensity of your workouts. Rigorous activities are those that are difficult to breathe or talk while your heart rate is high can lead to infertility. Aerobic dance, singles tennis, and swimming laps are some of the examples of high-intensity exercises.

Research stated that indulging in high-intensity exercise on a regular and long-term basis can harm female fertility. Furthermore, researchers from a 2021 study suggested that strenuous exercise could alter female fertility by influencing ovulation or implantation.

Instead of high-intensity workout you can try:

Not Eating Well May Prevent You From Getting Pregnant

Changing your diet may aid in the treatment of infertility. Fertility and food have been found to be linked. According to the authors of a Frontiers in Public Health, saturated fats and sugar are bad for fertility.

The authors of the Frontiers in Public Health study also stated that diets rich in the following items may improve fertility:

Furthermore, those nutrients have been linked to overall greater fertility in women and enhanced sperm quality in males.

Smoking Can Be a Factor

You must quit smoking if you're attempting to conceive. You can begin by establishing a stop plan, which may involve things like choosing a quit date and informing others that you're quitting.