Smoking kills! Tobacco in all forms including cigar and a hookah is harmful and dangerous. Read about the five major organs that get adversely affected due to smoking.

‘Smoking is harmful’—you must have heard about it, haven’t you? Tobacco in all forms including cigar and a hookah is harmful and dangerous. Coughing up mucus is just the beginning of many other problems to come. The deadliest consequences of smoking are the ones you will not see coming. 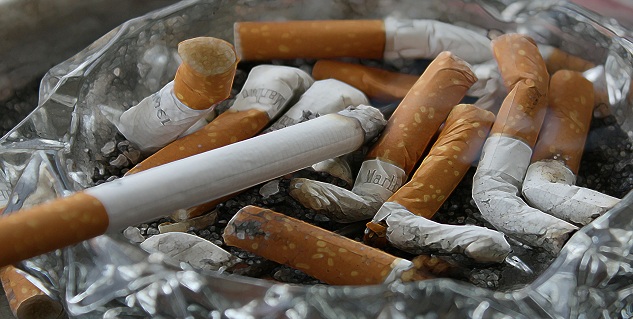 The smoke through your throat enters your system and adversely affects some of the major organs of your body leading to severe health issues. According to the Global Burden of Disease, smoking constituted to more than 11 per cent of 6.4 million deaths worldwide in 2015 and about 52 percent of these deaths occurred in China, India, USA, and Russia. India is one of the leading countries with male smokers with a percentage of 11.2 percent of the world’s total smokers. Here are 5organs that get the most affected due to smoking:

Smoking attacks your eyes in two ways—the smoke that gets collected in front of your eyes as you smoke and again after you exhale. This leads to drying of the eyes and affects the blood flow of the optic nerve. As a result, it stops the optic nerve from getting enough antioxidants and the ocular organs start to get severely affected.

Smoking cigarette also doubles the chance of a person to suffer from age-related macular degeneration, cataract, diabetic retinopathy and glaucoma. The central vision that helps in reading, writing, and seeing people also gets destroyed. 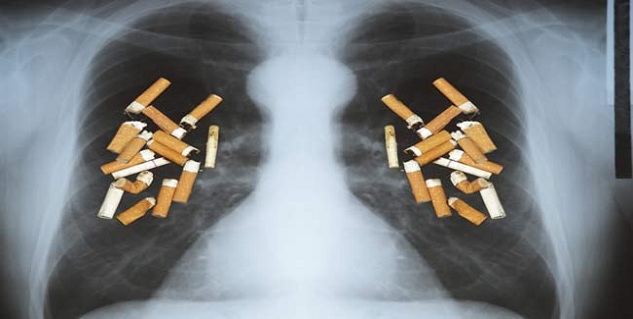 The cells producing mucous in the lungs grow bigger in size as well as number when smoking. Once this happens, the amount of mucous thickens and leads to what is known as emphysema. Cold and pneumonia are some of the short-term changes that occur due to smoking.

Smoke swirls down your throat, slowing down the movement of cilia lining the inner walls of the lungs. When the cilia slow down, it starts overproducing mucus and respiration suffers, thus the problem of asthma and cancer develops. Smoking also reduces the number of cilia, thus making it more difficult to properly clean the organs.

Smoking damages the largest organ of the body—skin in more ways than one. The most prominent problem of the skin due to smoking is skin’s dying elasticity, leading to wrinkles sooner as smoking speeds up the ageing process of the skin.

Some of the major skin problems include skin cancer, psoriasis, warts, and poor healing process. According to reports, the risk of Psoriasis is double in people who smoke a pack a day for around 20 years. The damages only worsen with age linking your skin to cancer. If a person has been smoking for more than 5 years, the tissues of his/her body slowly lose its ability to rejuvenate. This means that nicotine curls up in the tissues and the body is not fully able to get rid of the effects of smoking on the joints. This effect of smoking will make a person’s joint hurt more if they already have hurting joints. This happens because smoking affects blood circulation—it decreases the circulation speed making the joint fragile and anaemic.

Smoking is twice as likely to increase your chance of having a heart attack. It damages the lining of the arteries, which leads to the building up of fatty material narrowing the arteries. Also, the particles of carbon dioxide in tobacco decrease the amount of oxygen in our blood, making the heart to beat harder to supply the required oxygen to the body.

Read: Why Do We Get Heart Diseases?

When all this happens, your body is more likely to create clots increasing the risk of a heart attack, angina, or a stroke.