Researchers have produced a new video game that would help to increase cognitive performance, and reverse the negative effects of aging on the brain. 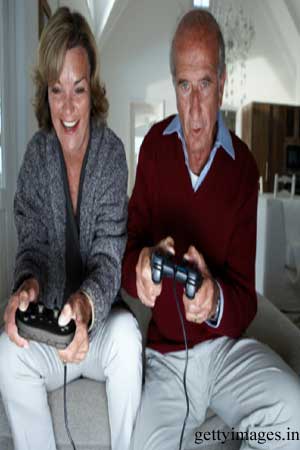 Study says that a newly designed 3-D video game can help reverse some of the negative effects of ageing on the brain, thus improving the cognitive performance in older adults. The game has been developed by researchers at the University of California, San Francisco where in participants race a car around a winding track while road sings pop up in verities.

In the study the drivers were instructed to keep an eye out for a specific sign and ignore the rest of them, and then they were asked to press a button when that sign showed up. Here, the need to switch rapidly from driving to responding to the signs generates interference in the brain and this undermines the performances. This interference, according to the research increases to a great extent across the adult lifespan.

The study found that after receiving just 12 hours of training on the game which was spread over a month, the participants who were aged between 60 to 85 years had improved their performance until it was found to surpass that of those in their twenties who played the game for the first time. The training also happened to improve the participants’ performance in two other important cognitive areas, which are working memory and their sustained attention. They also had maintained their skills at the video game six months after training had ended.

Adam Gazzaley who is associate professor of neurology, physiology and psychiatry at the University of California, San Francisco said, "The finding is a powerful example of how plastic the older brain is”. He further mentioned that his game which is named NeuroRacer does more than any ordinary game, when compared with games like bridge, crossword puzzles, or an off the shelf video game to condition the brain. He said that the game undermines people’s natural tendency to go on automatic pilot once they have mastered one skill and in this way it pushes them further than they think they can go.