No Laws for Surrogate Mother and Child

Surrogacy industry in India lies unregulated and harms the surrogate mothers and children. A strong legal framework is needed to safeguard their rights.

The boom in the surrogacy industry in India is only benefitting the commissioning parents but not surrogate mothers. 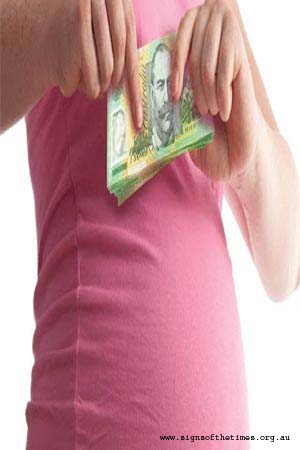 Though the industry is flourishing many folds, it remains highly unregulated harming the rights of surrogate mothers and children.

"Due to the commercialisation of surrogacy, the plight of the surrogate mother and the unborn child is often ignored. There is a need for a concrete legal framework to monitor and regulate the existing surrogacy system to safeguard the interests of surrogate mother and the child," Ranjana Kumari, Director of Centre for Social Research (CSR), said.

Releasing a report (2011-12) on a study supported by the Women and Child Development Ministry in Delhi and Mumbai, she said that there is no payment structure for surrogate mothers. 46 per cent of the respondents in Delhi and 44 per cent in Mumbai said they received Rs 3 to 3.99 lakh for being a surrogate mother.

"The surrogate mothers are not given a copy of the written contract which is signed between surrogate mother, the commissioning parents and fertility physicians because of which they are not even aware of the clauses of the contract," Kumari said.

"Moreover, some surrogate mothers are also impregnated without their knowledge to ensure high success rate. In case of unhealthy pregnancies, abortions pills are given by the doctor to terminate the pregnancy and the surrogate simply thinks that she had a spontaneous abortion," she said, asserting that the government needs to monitor such surrogacy clinics.

According to the report, there are at least 10-20 agencies which act as facilitators for surrogacy arrangements. They keep the mothers in shelter homes during their pregnancy and take care of their food and clothing during the surrogacy period. Doctors and clinics are often dependent on these agencies.

She said that while the Indian Council of Medical Research (ICMR) guidelines suggest maximum three IVF sessions for a surrogate mother to become pregnant for a particular commissioning parent, violations takes place as surrogate mothers usually are poor, illiterate or semi literate, in need of immediate fortune and not in a position to understand the medical procedures their bodies are subjected to.

Kumari said that the expanding surrogacy system is also impacting negatively the adoption system and children would remain orphans if it continues.