Muscle Fatigue Originates in the Head

Tiring due to muscle exertion is linked to certain brain processes. 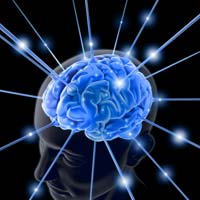 Researchers from the University of Zurich have discovered a process in the brain that leads to a reduction in muscle performance while one has indulged himself in a tiring physical activity. The process in the brain ensures that one does not exceed his physiological limits that can cause dire results. The research has shown a link between muscle fatigue and changes in the intercommunication between neuronal structures.

The activity of the muscles depends on one’s physical condition, will power and muscles’s level of fatigue.  A joint research project between the University of Zurich and ETH Zurich has shifted the focus from the muscle fatigue due to changes in muscles to brain research.  For the first time, the researchers have successfully discovered that neuronal processes are responsible for reducing muscle activity during muscle- tiring exercise.

In the beginning of the study, the researchers showed that nerve impulses from the muscles during an energy-consuming exercise, prevent the motoric area in the brain, but under spinal anesthesia, the same exercise can generate response from the muscles to the motoric area in the brain; this also weakens the fatigue-related inhibition process. In the next step, the researchers ably localised the brain region,using functional magnetic resonance imaging, that shows increase in actions immediately before the disturbance caused by tiring activity and thus, involved in signalising the disturbances- the thalamus and the insular cortex.

The final study has shown that the inhibitory influences on motoric activity are transferred via the insular cortex. In tests using a bicycle ergometer, the researchers concluded that the interaction between the insular cortex and the primary motoric area deepens as the fatigue increased. Kai lutz pointed that these studies are important in discovering the role that the brain plays in fatiguing of the muscles. These studies will also help to circle the reasons for reduced muscular performance in various diseases.