The findings of a study on effects of media multitasking suggest why multitasking is so popular among youngsters, even though many studies have shown that it is not productive. 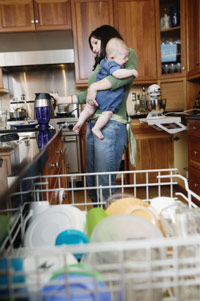 Researchers from Ohio State University conducted a study to find out the effects of media multitasking on college students, who studied for their exam while listening to music and at the same time kept messaging their friends. Other studies on multitasking reported that media multitasking is a common activity among people under 34 years and they are able to handle it.

Study was conducted on 19 students, who were asked to report all their activities for 28 weeks and were given a cell phone like device for the same. Students reported their activities along with their duration, thrice in a day.  They were also asked to tell what motivated them to engage in various activities.

The aim behind the study was to understand how media multitasking satisfies any of the possible needs - mental, emotional, habitual, and social. Researchers also wanted to discover the inducers that motivated the students to indulge in multitasking.

The findings of the study were that that the most satisfied needs by multitasking were emotional and habitual. However, multitasking reduced the learning and thinking ability of the participants in the research.

Wang, an assistant professor of communication at Ohio State University, said that multitasking does not increase an individual’s productivity, but only gives emotional satisfaction. Addition of one boring activity to an interesting activity makes the former less stressful and fun thus, an individual doing media multitasking feels good. Other than the feel-good factor, the other common reason behind multitasking is one’s habit.

Earlier, chewing gum while walking was considered multitasking but with too many tech toys, multitasking has become more interesting and engrossing. Wang added further that it is a myth that multitasking improves one’s performance at a particular work as it does not enhance even one of the desired mental processes such as concentration, attention, understanding, memory and logic.