A new study has revealed that men are more efficient when it comes to losing weight in comparison to women as they look at it from the perceptive of 'a war'. 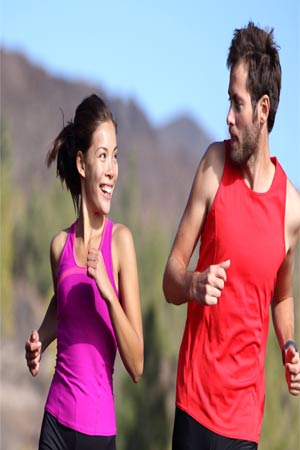 US based weight-loss Company named Weight Watchers organization has said that men are way better than women at losing weight apparently because they view it as ‘a war’.

US based chief executive David Kirchhoff for the Company said that this fact intensely annoys women as they are heavily burdened with popular culture and good physique stereotypes. The thing with men is that they do not go on diets; instead they get more fit and strong. In fact Kirchhoff himself had to battle the bulge and lose 20 kilograms using the same program, and now says that men are typically more successful at losing weight because they approach it in a combative frame of mind.

He told the Sydney Morning Herald that men can lose weight really quickly when they put their minds to it, almost to the point where when men finally decide to deal with a weight loss issue, it’s almost like they go to war. Kirchoff said that men who are overweight face the same health issues and risks as women, but in most cases without the peer pressure and media-enforced stereotypes to which women are subjected.

MORE FOR YOU
Here’s What Happens When You Stop Wearing A Bra
Fertility Expert’s Recipe Of PCOS Friendly Protein Balls
Understanding Body Dysmorphia, Impact Of Social Media & Ways To Cope
Know About The Risks Of Using Chemical Based Shampoos And 4 Natural DIY Alternatives
Breast Cancer Awareness Month: What Are The Four Stages Of Breast Cancer? Oncologist Explains
5 Reasons Why You Should Avoid Gluten, Explains Expert