Oxytocin hormone was known to be the love hormone for its stress-reducing properties but a new study claims it to be the reason behind anxiety and fear.

Oxytocin, the hormone known to promote feelings of love, can cause anxiety and fear too. 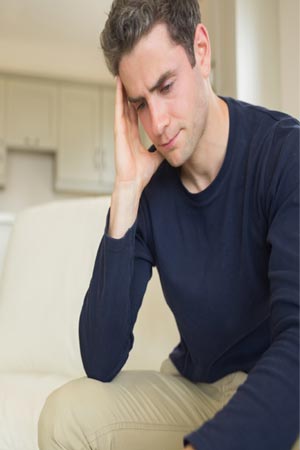 A new study has claimed that the emotional hormone can trigger emotional pain by strengthening bad memories and increasing fear and anxiety.

Stressful social situations like agonised by boss or bullied at school echo long after they actually happened, as a result of oxytocin.

Researchers from Northwestern University in the US have found the reason- the hormone actually strengthens social memory in one specific region of the brain.

The hormone activates a part of the brain that intensifies the memory of a negative or stressful experience.

The research, which was done in mice, is particularly relevant because oxytocin currently is being tested as an anti-anxiety drug in several clinical trials.

"By understanding the oxytocin system's dual role in triggering or reducing anxiety, depending on the social context, we can optimise oxytocin treatments that improve well-being instead of triggering negative reactions," said Jelena Radulovic, the senior author of the study. This is the first study to link oxytocin to social stress and its ability to increase anxiety and fear in response to future stress.

The findings surprised the researchers, who were expecting oxytocin to modulate positive emotions in memory, based on its long association with love and social bonding. "Oxytocin is usually considered a stress-reducing agent based on decades of research," said Yomayra Guzman, a doctoral student in Radulovic's lab and the study's lead author.

"With this novel animal model, we showed how it enhances fear rather than reducing it and where the molecular changes are occurring in our central nervous system," Guzman said.

The study was published in the journal Nature Neuroscience.