Krabbe disease is a genetically inherited neurological disorder. Here are the symptoms, causes and treatment of this condition.

Krabbe disease, also known as globoid cell leukodystrophy, is a genetically inherited neurological disorder. Our nerve tissues have a protective covering called myelin. This covering establishes high speed transmission of nervous signals from all parts of the body to our brain. Krabbe disease causes a deficiency of galactocerebrosidase production, which results in rapid degeneration of myelin sheath on the nerve cells. Due to this degeneration, brain cells are not able to function properly. The disease prevalence  is between 1,00,000 to 2,50,000. Onlymyhealth editorial team spoke to Dr. Sheela Nampoothiri, Clinical Professor, Department of Pediatric Genetics, Amrita Institute of Medical Sciences and Research Centre, Cochin, Kerala, about the symptoms, causes and treatment for krabbe disease.

In most cases, the symptoms start before 6 months after the baby is born. In some patients, it starts showing its symptoms in late childhood and even during adolescence. Infantile variety is most common and is seen in around 85 % cases. Infantile type starts before 12 months and late observation variety after 12 months. According to Dr. Sheela, here are the main symptoms of krabbe disease: There is a possibility that your child is irritable and crying often for no specific  reason. You should check with the doctor if the baby is facing any such issues. This is a generic symptom of weakness, teething and any other underlying pain so you should not panic and start paying more attention to the root cause.

Regression in a child is also a symptom of Krabbe disease. It is a rare genetic disorder that affects the nervous system. It causes degeneration of the myelin sheaths surrounding the nerves in the brain.

Also read: What are the Causes of Krabbe Disease?

You might notice that your child is growing slower than other kids. Once the symptoms start to appear, you may also observe that babies are not very alert. They do not respond like usual babies to surrounding noises and environment. Babies are also not able to stabilize their head.

In later stages of this disease, there is a possibility that the child suffers from seizures. Baby may also experience difficulty in hearing and seeing. Muscle cramps and rapid involuntary muscles movements are followed by loss of consciousness. You can also notice that the baby's body is stiff. Unexplained fever is also a symptom of Krabbe disease. 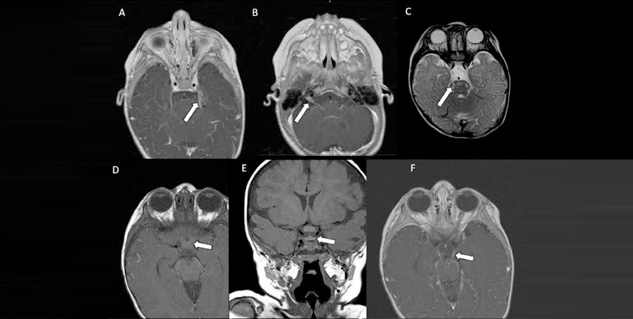 This disease is caused due to a mutation on chromosome 14. This mutation causes deficiency of an important enzyme called  galactocerebrosidase. Due to shortage of this enzyme, a cytotoxic lipid called psychosine starts to accumulate in nervous system, hence shortage of this enzyme results in rapid degeneration of myelin. Patients who suffer from krabbe disease have much more high levels of psychosine in their nervous system. A sigh of relief is that this gene is not able to express itself on its own. It needs another pair of gene to effectively cause the disease. Even if both parents are a carrier of this gene, there is one out of four possibility for the child to be positive for krabbe disease. There can be one defective copy from each parent. The risk is 25 % in each pregnancy for carrier couple.

Also read: 5 Genetic Diseases That May Be Inherited In A Woman From Her Mother

Supportive care centers are the only treatment for this disease. There is no such proven cure to this disease. Most children who suffer from krabbe disease are not able to survive more than 2 years. This disease worsens rapidly if the baby starts showing symptoms at an early age. In some cases, stem cell implant is a successful approach for this disease, but this works only if the baby is identified before he starts to develop symptoms. Doctors are working hard to find a definite cause. For some patients, doctors are using gene therapy techniques to treat it.