Kids spending more time on screen are at greater risk of diabetes, says a study

Children aged between 9 to 10 years, who watch TV for more than three hours continuously, or use computers and smart phones, are at a greater risk of developing diabetes, finds out a new study.

A new study warns children aged between 9 to 10 years, who watch TV for more than three hours continuously, or use computers and smart phones, are at a greater risk of developing diabetes. So, parents, beware!

The study findings recently published in the journal of Archives of Disease in Childhood. It indicates that one in every five, 18 percent of respondents said they spent more than three hours in front of screens every day.
According to researchers, the study also includes adiposity, which used to describe total body fat and crucially, insulin resistance. It occurs when cells fail to respond to insulin, the hormone produced by the pancreas to control levels of blood glucose.

"Our findings suggest that reducing screen time may be beneficial in reducing Type-2 diabetes risk factors, in both boys and girls and in different ethnic groups from an early age," said the lead researcher. "This is particularly relevant, given rising levels of Type-2 diabetes, the early emergence of Type-2 diabetes risk and recent trends suggesting that screen time related activities are increasing in childhood and may pattern screen-related behaviours in later life," they further elaborated. 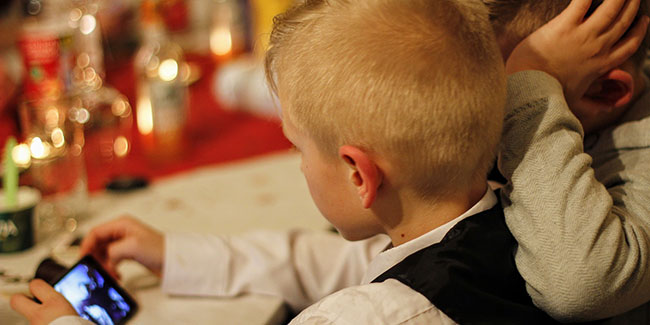 The researchers assessed a sample of nearly 4,500 of 9 to 10 year old pupils from around 200 primary schools in London, Birmingham and Leicester for a series of metabolic and cardiovascular risk factors.

The risks include blood fats, insulin resistance, fasting blood glucose levels, inflammatory chemicals, blood pressure and body fat. The risk levels were all considerably higher in children spending more than three hours of daily screen time compared to  those who said they spent an or less.  The children were also asked about their daily screen time to include TV, and use of computers and games put together.

Boys were more likely than girls, 22 percent and 14 percent respectively, to say they spent three or more hours on screen time. Same was the condition with African-Caribbean kids compared with their white European or South Asian peers. Respective percentages are 23 per cent, 16 percent and 16 percent. There was a strong correlation between a daily quota of more than three hours of screen time and, the hormone that controls appetite, fasting glucose and insulin resistance, i.e. leptin.