Hunger Gene cause for Obesity

A new study shows that mutation of a gene called KSR2 could be responsible for continued hunger pangs in patients who are obese.

If you have constantly wondered as to why certain people never gain weight despite of eating high calorie food, then here is a probable answer to that. Though it is not clear as to what the exact cause is, but researchers are pointing out to genetic mutation as the possible cause. 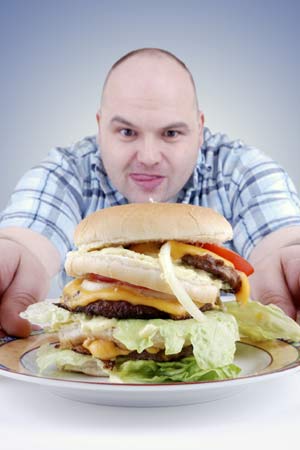 Researchers from the University of Cambridge in the United Kingdom say that the mutation of a gene called KSR2 may be responsible for causing continued hunger pangs in patients who are obese and also slows their metabolism. Now according to the Centers for Disease Control and Prevention, it has been found that the rate of childhood obesity has more than doubled in the US in the past 30 years. This increase has then prompted researchers to identify possible obesity causes and interventions.

In certain studies that were previously held it was found that deleting the KSR2 gene in mice has caused them to develop obesity and have highlighted KSR2 as an important factor when it comes to regulating energy balance and metabolism.

It is however not clear until now if this gene has similar effect in humans.

Calculation of Life Expectancy to include Nine Months in Foetus