4 Factors That Can Affect Motor Development Skills In Children

Motor skills in children start developing in the first year after birth. Here are some factors that can affect it.

First year of life is the time when maximum motor development occurs in a child. Starting from holding the neck to sitting, to rolling over and finally being able to walk without support – it all happens in the first year of life. Other developments also happen during this period of infancy, but motor milestones are most prominent. Here are a few tips to achieve the maximum potential of the child during this time. Onlymyhealth editorial team spoke to Dr. Puja Kapoor: Paediatric Neurologist & Co-founder of Continua Kids, to know about the factors that can affect motor development skills in children.

1. Give a stimulating environment

A four month child, when put on their tummy, should raise his neck up to look for the surrounding environment. If the surroundings are interesting they would very likely be interested in keeping their head up and therefore strengthening their neck muscles. Later they would like to move towards the interesting object, which will make the abdominal muscles strong . So a child needs an interesting, provocative environment to stimulate them to use their muscles and thus strengthen them for development of motor milestones.

Make sure not to use screen time as a medium, for stimulation as it is addictive and would hamper development of social and communication milestones later in life. Toys that are colourful and make certain music can attract a child easily. Similarly different human voices with mixed volumes and pitches, from different persons of the family serve the same purpose. As toys of bright colours stimulate visual sensory and music through them stimulate auditory sensory, it is the most useful resource. 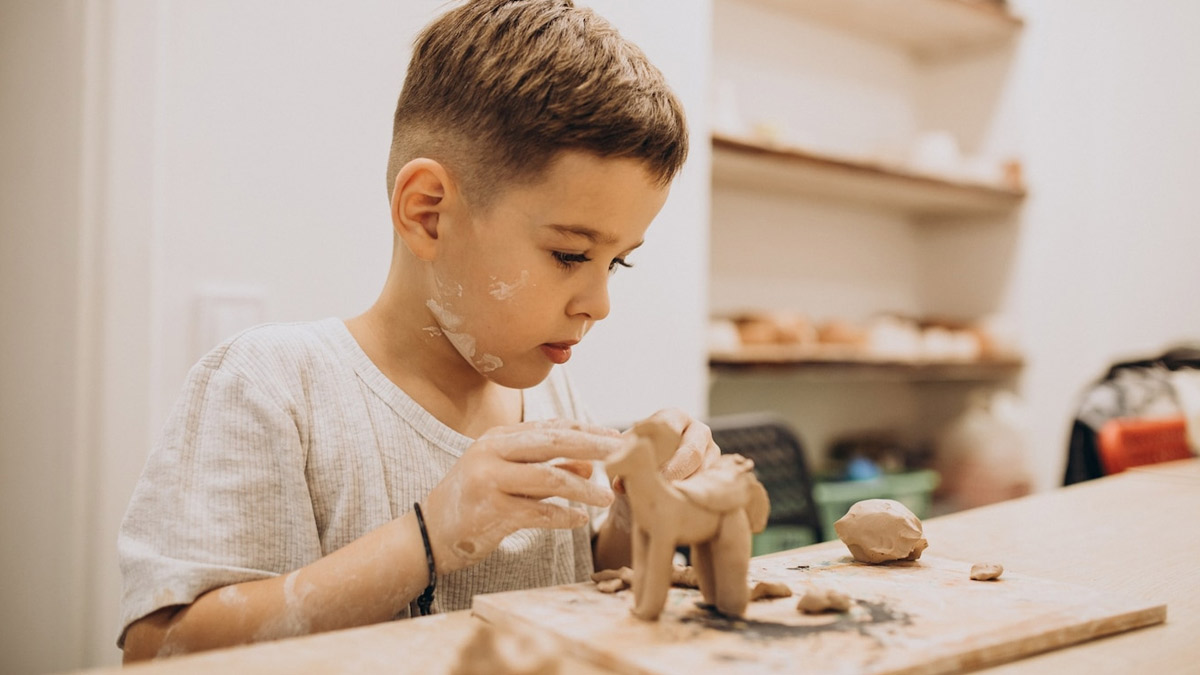 It is our traditional custom to massage a child and expose him/her to sunlight before bathing the child, especially in winters. Massaging helps in blood circulation and is soothing for the child. But make sure it is done by an experienced hand that is not harsh on the child. An over enthusiastic approach could do more harm than benefit. It could be done for ten to fifteen minutes with non-allergic natural oils. Any oil like mustard, coconut, olive oil could be selected based on the child's skin and climate.

Also read: What Is Motor Skill Development? Know Their Types, Importance And Stages Of Development

It plays a major role in the overall development of the child. As most children are exclusively breast fed during the first six months, taking care of mother’s nutrition is very important. Majority of our Indian mothers are deficient in vitamin B12, iron, and vitamin D3. Supplementing the diet of the mother improves the quality of milk and thus strengthens the child. Also, a complementary diet should be started after six months of age. The diet should include soft homemade food, and seedless fruits to start with and later a variety of other food items should be added for a balanced diet. Also, vit D3 supplementation is to be given till one year of age under medical supervision to strengthen their bones and muscles.

At times, it is seen that even when the child is not sitting, he/she is introduced to a walker. It is a bad idea to do so, as the core muscles are still unable to hold the child’s weight. Making them walk on a walker at this stage means the weight is borne on the immature leg muscles, which may give rise to bone deformity.