Exercise can change your DNA configuration

Changing your genes for better health is only a workout away. 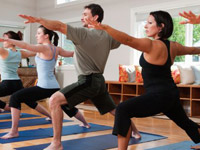 When inactive people who are healthy exercise for even a few minutes, it brings about an immediate transformation to their DNA. According to a recent study, this can make them stronger. The causative genetic code of the human muscle does not change with exercise, but the DNA molecules in these muscles are and structurally changed in many ways.

Those changes to the DNA at specific locations look like early incidents in the genetic restructuring of muscle for increasing strength and, eventually, in the metabolic benefits of exercise. According to Juleen Zierath of Karolinska Institutet in Sweden, our muscles are very plastic.

It is often said that you become what you eat. Similarly, muscle changes according to what you do. If you keep it inactive, you lose its strength, and this is one of the ways in which this is allowed to happen. The DNA transformations in question are called epigenetic modifications. These involve the gain as well as loss of chemical marks on DNA over and above the familiar sequences.

The new research has shown that the DNA of skeletal muscles taken from those people who have just taken exercise has lesser chemical marks than it did before exercise. Those tranformations take place in those types of DNA whose function is to turn "on" genes important for muscles' adjustment to exercise.

When the researchers made muscles contract in lab dishes, they saw a similar loss of DNA methyl groups. Epigenetic transfomration that make genes turn on and off again have the ability to be very flexible. These allow the DNA of our cells to adapt as the environment changes. According to Zierath, Exercise is medicine and altering the genomes to gain better health may just be only a mild jog away.