Drinking Coffee before Bed could Keep you Awake

A new study says that drinking coffee even six hours before your bedtime could reduce your sleep by an hour and more. This study was conducted at the Henry Ford Disorders and Research Center. 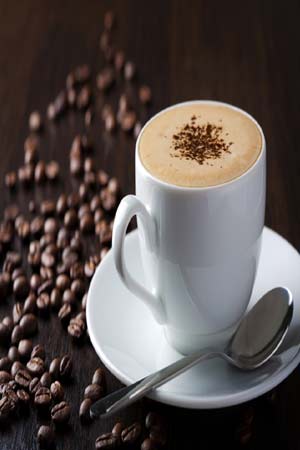 New study shows that caffeine consumption even six hours before bedtime can in actually cause disruption in sleep. This study was led by Christopher Drake, PhD, investigator at the Henry Ford Disorders and Research Center.

The study published in Journal of Clinical Sleep Medicine showed that about 2-3 cups of coffee that was taken during bedtime, three and even six hours prior to hitting the bed could disrupt your sleep significantly. The shock was to see that the total sleep time was dramatically reduced even after caffeine was taken six hours before bed time. Christopher Drake said that by drinking a big cup of coffee on the way home from work can lead to negative effects on sleep just as if someone was to consume caffeine closer to bedtime. It is possible that people are less likely to detect the disruptive effects of caffeine on sleep when it is taken in the afternoon.

Drake along with his research team had studied 12 healthy normal sleepers who were determined by a physical examination and clinical interview. The participants were asked to maintain their normal sleep schedules. The participants were then given three pills a day for four days, taking one pill at six, three and zero hours prior to scheduled bedtime. One of the pills contained 400 mg of caffeine while the other two were a placebo. Then in one of these four days all the pills were placebo. They had measured sleep disturbances subjectively with a standard sleep diary and objectively using as in-home sleep monitor.

The results had finally suggested that caffeine was generally avoided after 5 p.m. in order to allow healthy sleep.