As per a new study conducted at AIIMS, a compound present in green tea is effective in reducing the toxic effect of anti-cancer drug cisplatin on kidney. Cisplatin is known to cause significant damage to kidney that could be life threatening in

As per a new study conducted at AIIMS, a compound present in green tea is effective in reducing the toxic effect of anti-cancer drug cisplatin on kidney. Cisplatin is known to cause significant damage to kidney that could be life threatening in patients with cancer taking this drug.

It is well known that green tea is loaded with antioxidants and potential chemicals that can help to prevent many diseases and minimize the risks of stroke and diabetes. 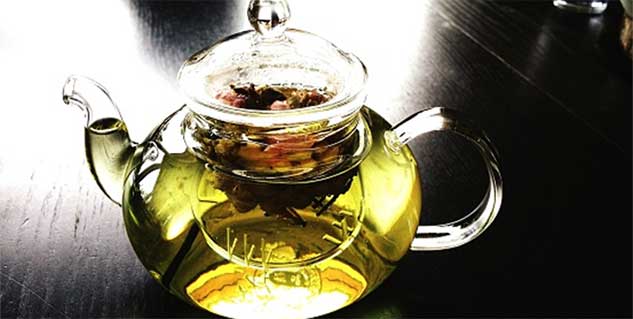 This study was conducted by AIIMS professor Jagriti Bhatia from the Pharmacology department and her team. In this study, scientists studied the usefulness of a polyphenolic compound called epicatechin gallate (ECG) present in green tea. It was found that this compound reduced the level of damage of kidney induced by cisplatin.

The most effective dose was 5mg/kg that was injected in the rats for a period of 10 days. Further, ECG reduced inflammation and cell death (apoptosis) in rats.

It is estimated that approx. 30% patients develop kidney toxicity and damage after initial doses of cisplatin. Cisplatin causes production of free radicals inside cells in kidney which leads to oxidative stress and inflammation.

This finding has raised the hope to develop a therapeutic agent to counter the side effect of drug Cisplatin.

MORE FOR YOU
Learn About These 5 Benefits Of Practicing Interval Workout
Physical Vs Chemical Sunscreen: Know The Difference Between The Two
Can Menopause Result in Depression?
Swank Diet For Multiple Sclerosis: Is It Really Helpful?
Omicron Recovery Tips: Steps For Better Recovery Explained By Doctor
Oxygen Laser Therapy For Hair: Know How And Why Is It Beneficial In Controlling Hair Loss

Zika virus may cause microcephaly even after birth