5 Cups of Coffee a Day can be Lethal

One cup of coffee a day will do you no harm, but having five cups could. Too much of it too may cause a buildup of fat and other problems. 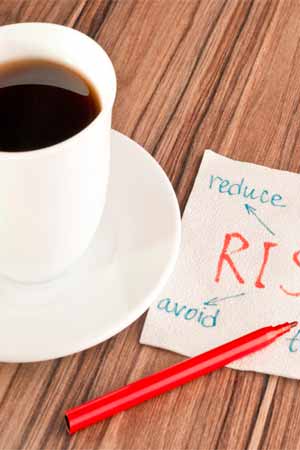 A new study has found that drinking 5 cups of coffee a day even if decaffeinated can cause obesity and chronic disease. The study revealed that higher doses of coffee double the fat around organs in the abdomen, a type of fat that causes deadly conditions.

Chlorogenic Acid (CGA), a compound that is present in the coffee, was considered to have health benefits, such as preventing diabetes, but as per this new research, too much of this compound may cause a buildup of fat and other problems.

This study was conducted by the researchers from the WA Institute for Medical Research and the University of Western Australia to prove the cardiovascular benefits of coffee, but instead discovered that it can worsen obesity and its related diseases.

University of WA professor Kevin Croft stated that previous studies had only tested small amounts of coffee equivalent to one cup of coffee a day. Prof Croft also added that studies have shown that coffee consumption lowers the risk of developing Type 2 diabetes. In this new study they studied about the effects of CGAs, which are very rich in coffee but also found in tea and some fruits including plums.

The CGAs were previously known for their health benefits, such as increasing insulin sensitivity and reducing blood pressure and body fat accumulation, but the study proved the opposite.