Crisis of Diabetes in India

Early detection and treatment of gestational diabetes in pregnant women can prevent injuries during childbirth and the development of diabetes in both the mother and child. 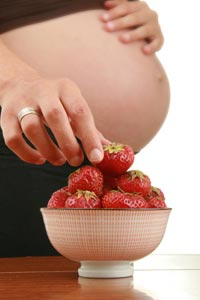 The scenario in India today is that there are over 43million diabetics in the country. This makes India the diabetes capital of the world, with half the diabetic population being women.

There are 14million women in India, in the age group of 20 -39 years who are considered in the child bearing age. These women are at a high risk, given that the prevalence of Gestational Diabetes (diabetes during pregnancy) is about 8 -17% in India. This is a dismal figure and is one of the highest in the world. Prevention and management of gestational diabetes is imperative since it is associated with a significant increase in still births and other complications.

The core issue is that only less than 50% of the women in India undergo antenatal check-ups during pregnancy. Compounding the problem is that less than 40% of deliveries happen in a clinical setting. Added to this is the fact that 15% of the women are overweight or obese. Finally, there is a very low awareness regarding gestational diabetes and how to manage it.