The main cause of lung cancer remains smoking, but there are other risk factors of lung cancer which you need to know to prevent the occurrence of this fatal disease. 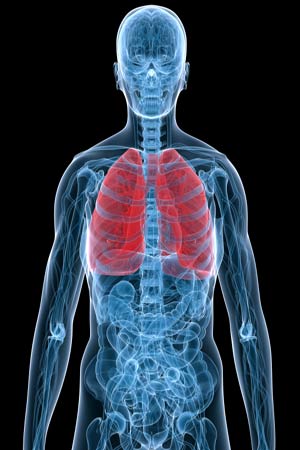 Second most leading cause of deaths in adults, lung cancer accounts for approximately 15 percent of all cancer cases every year. Knowing the various causes of lung cancer will help you to curb its chances of development.

It is a well-known fact that smoking is among the leading causes of lung cancer. Occasional smoking does not harm as much as that prolonged smoking habit. The longer you smoke the greater is your risk of developing lung cancer. Not only first-hand smoking, but also second-hand (passive) smoking puts you at risk of lung cancer. In case of passive smoking, onset of lung cancer depends on your exposure to it. Almost 15 to 35 per cent of lung cancer cases among those who never had smoke are caused due to second-hand smoking. Other than lung cancer, smoking also increases the chances of other fatal diseases, such as chronic bronchitis, emphysema and chronic obstructive pulmonary disease.

Exposure to Irritants and Heavy Metals

Long-term exposure to irritants such as asbestos, chemicals, dusts, gases, moulds and pollens increase the risk of developing lung cancer.  Exposure to asbestos fibres is another known cause of this type of cancer. The asbestos fibres can become airborne and get to your lungs with the inhaled air. Cancer caused by asbestos fibre remains undetectable for many years and thus, becomes deadly by the time it is diagnosed. Heavy metals including cadmium, chromium, and arsenic possess a danger of lung cancer. Arsenic contaminates drinking water and thus, becomes a causative factor. Exposure to pesticides, especially agent orange (a mixture) can also cause this cancer.

This is the second leading cause of lung cancer. Radon gas is a radioactive pollutant which is formed by the breakdown of uranium (a radioactive heavy metal) in soil, water and rock. According to the American Lung Association, 12 per cent of total lung cancer cases are caused by exposure to this radioactive pollutant, radon gas. You are exposed to radon gas by soil, cracks in pipes and drains and construction material, but you wouldn’t know that you are being exposed to radon. Radon gas cannot be seen or smelt. A detection kit available at some hardware stores can detect presence of radon.

Occurrence of all types of cancer, including lung cancer is associated with low levels of anti-oxidant vitamins. In order to prevent their decay from cigarette smoke, body cells consume the anti-oxidant nutrients present in them. With dietary deficiencies, the already depleted cells lose more of their nutrients. This is how nutritional deficiencies contribute to the risk of cancer.

[Read: What are the Risk Factors of Cancer?]

When cancer cells from one tissue spread to other remote tissues in the body, it is called metastasis. According to "Archives of Pathology and Pulmonary Medicine", lung cancer in children is usually caused by tumours that have metastasised from other tissues.  Such type of lung cancer is called secondary. It has been found that Wilm’s tumor and Osteosarcoma are primary cancers that metastasised to the lung.