Causes of Depression in Children

Depression is soon becoming a major cause of concern for children too, and this is not a good sign for their upbringing and future. It can be very difficult for a parent to handle a depressed child, and here we have listed some causes for the same

A recent study revealed that children, who encounter two or more stressors within a year develpo depression. Children, who do not suffer from depression, would have not experienced any stressor causing depression in the past year.  Childhood depression is a likely outcome of differences with parents, drug and alcohol abuse, certain medical conditions and genetic vulneraibility to stressful situations. Take a look at the various causes of depression in children. 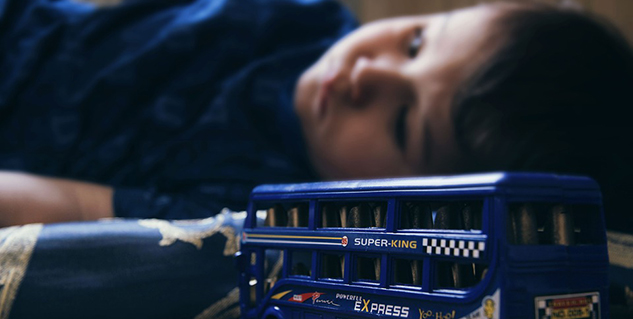 Read: How Depression Affects Your Eating

Genetics: Childhood depression may also be a genetic problem. If a parent has had depression, there is about 40 per cent of chance that the child may also suffer his/her first episode of depression before he/she turns 20. If the parent has severe depression and requires hospitalisation, the child is more likely to develop the same condition or even other psychiatric problems later in life. Such a child also has a high suicidal tendency.

You May Also Like: Recognising Warning Signs of Suicide

Impact of discord between parents—Parents, who indulge in frequent conflicts, argumements and have other marital issues or divorce put additional mental pressure on their children. Children fail to deal with never-ending disagreements and misunderstandings and fall prey to stress and isolation, which can possibly lead to depression in childhood.

Parenting Issues— Whether a parent is suffering from depression or a child, it is hard for both to cope and deal with the repercusions. Parenting a depressed child is a challenge as parents have to deal with frequent behaviour changes and  inappropriate demands of the child.

Prolonged Television Viewing— In studies on childhood depression, it was found that children, who indulge in more than six hours of T.V watching, have elevated risk of developing depression, anxiety, low patience level and aggression. Other than depression, they may also develop a host of different psychiatric conditions.

Drug and Alcohol Abuse— Like adults, substance abuse can lead to development of depression in children. It, however, is also true for children, who start indulging in drug abuse, smoking or alcohol addiction, thereby developing their chances of developing depression.

Symptoms of Depression in Children

Childhood depression tends to trigger suicidal behaviour and therefore, parents must keep a vigilant eye on the signs.