Speech to be possible for the paralysed, claims study. 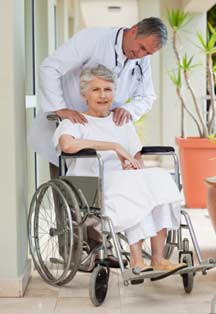 People suffering from paralysis would be able to speak again, claim the scientists of a new study who have discovered how the brain allows humans to pronounce a vowel. The study was meant to investigate into the use of brain waves for creating a form of communication that could help paralysis patients speak again.

According to scientists, their new research could bring about the development of prosthetic devices for the brain that would enable the paralysis afflicted to have the ability to speak. People such as Stephen Hawking would not be deprived of speech. The research involved studying the neuron activity of 11 epilepsy patients who had electrodes implanted in their brains.

As it is understood that the brain cells respond in a predictable manner before we have even moved our bodies, it was hypothesised that the neurons under study would react differently to the stimuli of specific sounds. According to Dr Itzhak Fried,of University of California, the unique patterns of activity in the brain waves could be translated into speech after they have been decoded.

As soon as the neuronal code behind speech is understood, the brain cell activity could be used to enable speech, claimed Fried.