Parents who let their infants sleep with them raises the baby's risk for SIDS. 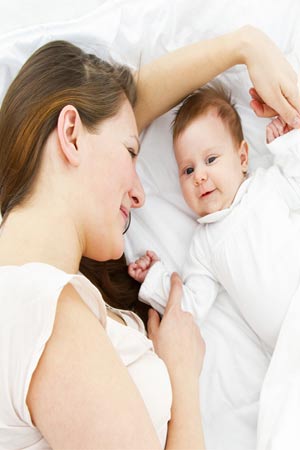 According to a new study published in JAMA, the number of parents who share their bed with their infants more than doubled over the past two decades, despite the fact that doing so raises the risk of sudden infant death syndrome (SIDS).

Researchers from the Yale School of Medicine surveyed more than 18,000 people and found that between 1993 and 2010, the number of parents who share their bed with their infant increased from 6.5 percent to 13.5 percent.

The American Academy of Pediatrics discourages bed sharing because it increase the risk nor only for SIDS, but for suffocation as well, but researchers found that many people disregard this advice.

According to Eve Colson, MD, a professor of pediatrics at the Yale School of Medicine, lead researcher, infant bed sharing is a common practice in many countries. Strong associations between bed sharing and sudden infant death syndrome, or unintentional sleep related death in infants, have been established.

Moreover, parents should be sure their baby sleeps on his or her back, with no blankets or stuffed animals, Pena said. But the most important thing to do to avoid SIDS is for parents to stop smoking.