A new research study discovered a protein named Cd14 gene. It is likely to offer protection against inflammatory bowel disease.

A new research study discovered a protein named Cd14 gene. It is likely to offer protection against inflammatory bowel disease. It is characterized by chronic relapsing inflammation of all or part of the digestive tract by enhancing the intestinal barrier function. 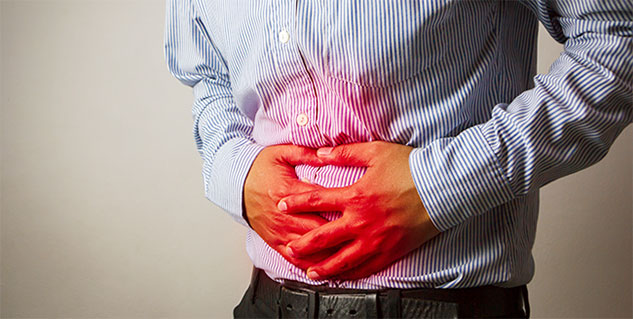 According to the study published in journal of Pathology, the researchers identified Cd14 in a genetic screen in a mouse-model system for IBD and showed that the Cd14 molecule plays a protective role in their model system of intestinal function in mice.

The Cd14 protein is found among different cell types, including epithelia, blood, and dendritic cells.Mice with Cd14 deficiency developed more severe inflammation of the gut with de-stabilisation of the intestinal barrier compared to controls, whereas stimulation of Cd14 expression strengthened the barrier's integrity.

"Our understanding of the micro biome and its interaction with host genetic factors is increasing dramatically, especially in the pathogenesis of IBD. Cd14 is involved in the detection of bacterial factors and has been identified as a candidate gene in genetic screens," explained one of the investigators, Andre Bleich, of from Hannover Medical School, Germany.

"Our study helps to understand the link between genetic susceptibility and microbial alterations in the gut in IBD," Bleich explained.

As a part of the innate immune system, Cd14 helps the body respond to bacterial infections by producing a protein that binds to lipopolysaccharides within the outer membranes of some bacteria. The protein can be found attached to cell surfaces or secreted in soluble form. Investigators examined the effects of Cd14 deficiency on intestinal function and studied both an acute and chronic model of colitis.

"Epithelial barrier function is predominantly dependent on tight junction proteins, which regulate transport into and between cells. Loss of gut barrier integrity, initiated by bacteria or by treatment with a chemical, can result in bacterial invasion and inflammation," the researchers explained.