A lot of Children are Slower Runners compared with their Parents

A new study finds out that children run slower than what their parents could when the latter were young.

A study of global fitness says that a lot of children fail to run as fast as their parents could when they were young. 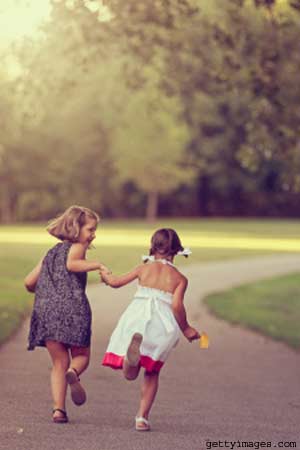 For the study, data that spanned 46 years and involved more than 25 million children in over 28 countries was used. The researchers revealed that as of today, on an average, a child runs a mile 90 seconds slower than his/her counterparts 30 years ago.

In most countries, the cardiovascular endurance is checked by how far a child can run within a particular time limit. This, the researchers say, has dwindled by 5 per cent and has been coming down by the same percentage each decade.

The decline is evident in both girls as well as boys across all the ages i.e. from nine to 17 years; it is linked to health concerns like obesity. The lead researcher of the study, Grant Tomkinson of the University of South Australia’s School of Health Sciences, added that about 30 to 60 per cent of the fall in endurance levels during running performance can easily be explained by increase in fat mass.

This problem largely exists more in Western countries, though some parts of South Korea, Asia, Hong Kong, mainland China are also getting a view of this problem.