A Healthy Plate of Fried Food

Now you can grab a bite of your tastiest fried food that is fried in vegetable oil, so does a new study suggest. 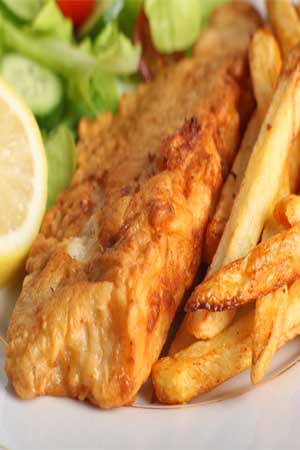 Here is good news for those who cannot ditch their plate of chips, because new research suggests adults should make sure to get a daily dose of the vegetable oil that the chips are cooked in. The study says that basic cooking oil that is used for frying fish, chips and roasting potatoes is in fact healthier than it was previously thought.

The study showed that everyone should be getting up to four tablespoons a day in order to protect their heart, U.S. researchers said, after conducting 15 clinical trials on 500 adults. Vegetable oil is, typically, made from plants like sunflower, corn or soy and used in both commercial, mass produced cooking and in the home.

The new research by food scientists from the University of Missouri suggests a daily dose, similar to the current average, is actually good for the heart not bad for it.

Vegetable oil, they say, contains an omega-6 fatty acid called linoleic acid (LA) which reduces blood cholesterol levels and lowers the risk of heart disease. The results of their clinical trials on humans found no evidence that LA ‘promotes inflammation’, contradicting a previous study that was conducted on animals, they said.

Such oils used to be welcomed as an alternative to the kind of lard and animal fats which had previously been used to fry and roast food.

‘We’re not saying that you should just go out and consume vegetable oil freely.