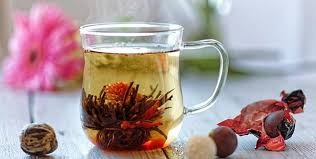 However, "our new findings suggest that black tea, through a specific mechanism through the gut microbiome, may also contribute to good health and weight loss in humans", said lead author Susanne Henning, Professor at the University of California - Los Angeles (UCLA).

"The results suggest that both green and black teas are prebiotics, substances that induce the growth of good microorganisms that contribute to a person's well-being," Henning added.

For the study, published in the European Journal of Nutrition, the team conducted experiments on mice that consumed a high-fat, high-sugar diets and were supplemented with green tea or black tea extracts.

However, only the mice that consumed black tea extract had an increase in a type of bacteria called Pseudobutyrivibrio -- which could help explain the difference between how black and green tea change energy metabolism.

The findings suggest that the health benefits of both tea go beyond their antioxidant benefits and that both have a strong impact on the gut microbiome, noted Zhaoping Li, Director at UCLA's Centre for Human Nutrition.