There has been six-fold increase in the number of deaths by air pollution since 2000. 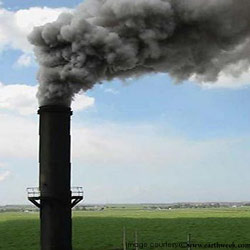 A recent study conducted by a US-based health institution has termed air pollution as the fifth largest slayer that causes almost 6.2 lacs deaths per year. More astonishingly, Delhi, the national capital is among the five most polluted regions in India. The other four regions are Ghaziabad, Gwalior, Raipur and West Singbhum, district in Jharkhand.

As per the recent reports the breathing and respiratory problems such as asthma caused by air pollution cause has caused almost six-fold increase in the number of deaths as opposed to year 2000.

Air pollution has been ranked sixth most deleterious problem in South Asia and top ten killers in the world. Sunita Narain, Director General CSE said in New Delhi that it is a shocking news and urgent action need to be taken to protect public health.

The report by Health institution said, “"About seventy eight per cent of the cities (141 cities) exceed the PM10 standard. Of this ninety cities have critical levels of PM10, twenty six cities have most critical level of PM10 exceeding the standard by more than three times," the report said.


To control the level of air pollution, Anumita Roychowdhury, Executive Director, CSE, told reporters in New Delhi that "Zero ignition vehicles need to be encouraged and the growing dependency on private cars need to be curtailed."