While abortion may be mostly conducted for unwanted pregnancies, there can be other social and medical issues for it. Learn about all the causes that pushes one to seek abortion.

Many people consider abortion as unacceptable and in many religions it is considered a sin. Abortion is a controversial topic even though it is legal in several countries. It is never easy to decide on an abortion and it is always a difficult decision for the woman. 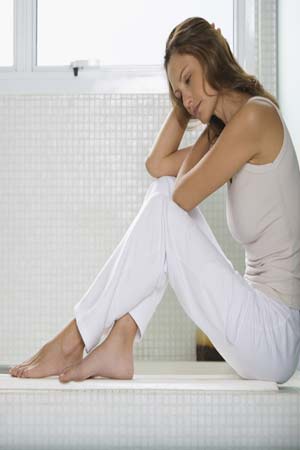 The Abortion Act 1967 states that provided a pregnancy has not exceeded its 24th week, an abortion may be carried out if:

Leaving aside the law, there are various social and personal reasons also which can create a situation where an abortion may be necessary. They are:

Rape: Pregnancy after rape can be very traumatic for the woman. Abortion may help ease the pain and trauma of rape and the subsequent pregnancy; it can probably assist the victim in moving on with her life.

Incest: Pregnancy as a result of an intercourse with a family member (consensual or forced) may justify the abortion. It can prevent the stigma and pain for the child. These children are at risk of considerable medical problems due to inbreeding.

Economic Reasons: If the parents/woman cannot support the child due to extreme poverty (like they can hardly clothe and feed themselves) may be a reason for abortion.

Social Reasons: Abortion may be justified in case of teenage pregnancy, unwanted pregnancies, unwed mother, pregnancy due to contraceptive failure because otherwise continuation of pregnancy can cause psychological and emotional trauma.

Medical Reasons: If prenatal testing shows that the foetus is at risk of or has some severe birth defect the woman may choose abortion. Another valid reason for abortion is some medical condition in the mother, which can be complicated by pregnancy and would endanger the mother’s health and life; this may necessitate abortion of the fetus.

There may be several valid reasons for abortion but before going for an abortion it is important to think carefully and be sure if this is what you want. The decision to have an abortion might affect you in the future so, before going for it consult your parents, doctor, friend or any other trusted adult.

No two situations are alike, and the “right” choice whether it’s abortion, adoption or teen parenting will be different for different people. What’s important to remember about pregnancy options is that there is always someone to help: parents, partners, counsellors or healthcare providers. There are so many resources that can help people make the choice that’s right for them.