Who is at risk of Iron Deficiency?

Who is at risk for Iron Deficiency?- Are you at the risk of iron deficiency or anaemia? Read on to know. 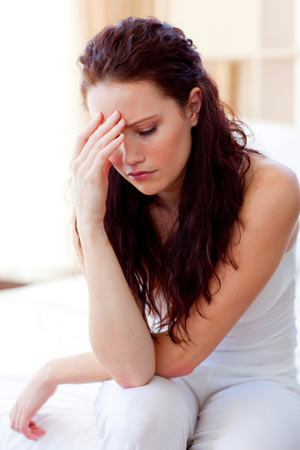 Infants and Young Children: Infants and young children are at higher risk of iron deficiency anaemia. They grow rapidly and need lot of iron to grow and develop. The iron store in a full-term infant at birth is used up in the first 4 to 6 months of life. The risk of anaemia increases after 6 months if their diet lacks in iron. Infants who are fed cow’s milk are at higher risk of anaemia as cow’s milk has low iron content. Hence cow's milk should not be given to infants in their first year and iron-fortified formula is recommended. The risk of anaemia is higher in premature and low-birth-weight babies as their body’s iron store at birth is much less than a healthy full term infant. Iron-fortified baby food and if needed iron supplements can help to prevent iron-deficiency anaemia in your infant and young child. Consult your doctor to know about measures to prevent anaemia in your infant/young child. [Read:Low Vitamin D linked to Anaemia in Children]

Lead poisoning: Exposure to lead (from breathing in lead dust, eating lead in paint or soil, or drinking water that contains lead) increases your child’s risk of developing iron deficiency anaemia. Lead is known to interfere with the haemoglobin production in the body.

Teenage children: Teens are at risk of iron-deficiency anaemia if they have poor eating habits, are underweight, have any chronic (ongoing) illnesses. The risk is more in teenage girls if they have menorrhagia (heavy periods).

Women: The risk of anaemia in pre-menopausal women (i.e. women in childbearing age) is more as compared to adult men. The risk is especially high if they have:

Pregnancy further increases the risk of developing iron deficiency anaemia. Pregnant women need twice the amount of iron compared to other women. The extra iron is needed for the increased blood volume in the mother during pregnancy and for the foetus' growth. During pregnancy women need iron supplements to prevent iron deficiency. [Read: Symptoms of Anemia during Pregnancy]

Medical conditions: Certain medical conditions such as bleeding ulcer, piles, polyp or cancerous tumours in your intestine, or excessive menstrual bleeding increase the risk of iron deficiency anaemia. Persistent long term blood loss even if minimal can result in anaemia.

Gastric bypass surgery increases the risk of iron-deficiency anaemia as after the surgery, the body cannot absorb enough iron.

Vegetarians: Certain eating patterns or habits such as people who don't eat animal meat based foods may probably lead to greater risk of iron deficiency anaemia. Vegetarians may not get enough iron from the diet as vegetarian diet can be deficient in iron and iron from non-meat foods is not as well absorbed as iron from animal food products. You can get enough iron if you eat the right vegetarian foods.  Vegetarian foods rich in iron include iron-fortified breads and cereals, beans, tofu, dried fruits, and spinach and other dark green leafy vegetables. If you are a vegetarian, consult your doctor regarding iron rich foods and iron supplements.