What Women Want in a Relationship

What Women Want in a Relationship : Men who are ready to take pains for sustaining a relationship are worthy of women's emotional expectations. A woman expects her man to go the long haul with her and not be content with just a dash of romance. 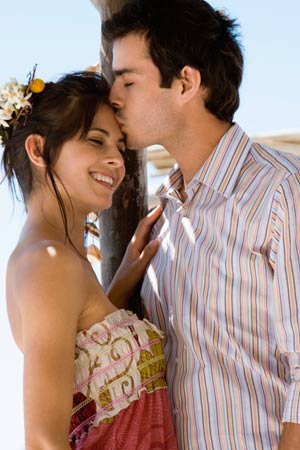 There is a popular joke that goes something like this: A woman should love her man a little and understand him a lot. A man should love his woman a lot and try not to understand her at all! Dangerously close to becoming an adage, the joke assumes sentimental priorities in women over what really matters. But the question remains the same, what women want in a relationship? Women want love and they want a suitably sensitive man who understands them.

In chick lit novels and movies women are portrayed as the active seekers of love while the ‘right guy’ waits to be found by the groom/boyfriend huntress. Granted, as a man you took that acceptable passive role. It took one to pursue but now that you are in a relationship you must realise that it takes two to love. Active expression of love and concern over what makes her happy will let her fall in love with you over and over again.  As the fairer sex women may have been given credit for more emotional intelligence and intuition but it is never too late for men to catch up by observing their partner who is always busy dropping subtle hints about her needs.

It is believed that men want sex more often than women. The infamous biological imbalance has been one of the main causes in the war between the sexes. Assuming the claim, men still need to earn sex in a relationship. To make their partner more frequently aroused the solution is in creating anticipation. You can stir desire and be appreciated for it by surprising her with yet another pleasing side of your personality. A little bit of mystique creates a lot of intrigue. Learn it from women who have perfected the art. Simply by lighting perfumed candles and popping champagne will not inspire romantic and sexual yearnings. There is only so much the formulaic can provide.

[Read: How is Sex Important to a Relationship?]

Once you’re on the road to nurturing her love, she will want to know where the relationship is headed. Those who have started getting serious will face the inevitable question of marriage. Men need to ask themselves first if they are ready to pop the question lest they feel pressurised into doing something they never wanted. Be honest to yourself and face all your commitment phobias. Not that you should assume every woman is desperate to get married but every woman would eventually like a map of her relations with you. If you are confident about your future plans she will find it easier to include you in hers. If unsure do not make her wade in your timeless zone.

At the end of the day, men who take as much pain to build and sustain a relationship as women, prove themselves worthy of emotional investments. If they respect not just their girlfriend or wife but respect the bond they have formed with them is not the stuff of Mills and Boons but the everyday life you want to keep on recreating with her.