What is the treatment of Small Cell Lung Cancer?

Small cell lung cancer is often diagnosed in its late stages and thus chemotherapy is considered to be the best treatment option for it. 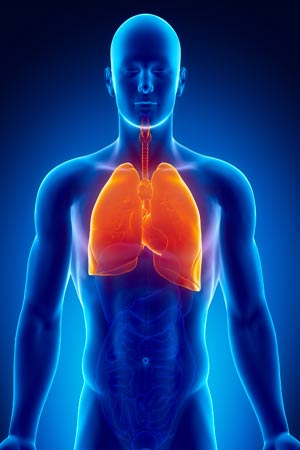 If the small cell lung cancer has been found in its earliest stages, surgery might be used, however, small cell carcinoma is often diagnosed in its late stages and thus chemotherapy is considered to be the best treatment option for it. At times, chemotherapy is given in conjunction with radiotherapy and is known as chemoradiation. After the administration of appropriate treatment procedure, tests and scans such as CT scan or MRI might be done again to know how effective the given treatment has been. Small cell lung cancer can metastasised to the brain and in such cases, a type of radiotherapy known as prophylactic cranial radiotherapy might be given.

•    Surgery:  Doctors opt for surgery for small cell lung cancer, if the malignancy is found in one lung and has affected nearby lymph nodes only. Surgery is often used to remove lymph nodes or a sample of lung tissues to determine the exact type of cancer. In certain cases, treatment for small cell lung cancer is continued even after the surgery to reduce the risk of cancer recurrence. The treatment continued after surgery is called adjuvant therapy.
•    Chemotherapy: The drugs are prescribed to impede the growth of the cancer cells and are taken orally and intravenously. The procedure, in which chemotherapy is given, depends on the type and stage of the cancer, being treated.
•    Radiotherapy: It uses high-energy x-rays or other types of radiation to stop cancerous cells   by killing them or impeding their multiplication.

•    If the tumour was localised at the time of diagnosis and treatment, survival rate of the patient is higher. In case, small cell lung cancer has spread to other regions of the body, especially to the brain and liver, there are poorer chances of survival.
•    Patients of small cell carcinoma with conditions such as emphysema have lower chances of survival.
•    Patients, who continue to smoke even after diagnosis has been made, have the toughest time fighting the cancer.
•    An elevated level of lactate dehydrogenase (LDH) or alkaline phosphatase, or a low level of sodium in blood, decreases one’s chances of small cell lung cancer survival.

Small cell lung cancer has higher chances of recurrence and may affect a different location, instead of its original site. Therefore, your doctor might ask you to undergo various imaging tests from time to time and restrain from smoking and even avoiding passive smoking.