What are the symptoms of Menetrier Disease?

Possible signs and symptoms of Ménétrier disease include severe pain in the top middle part of the abdomen, nausea and frequent vomiting, etc. 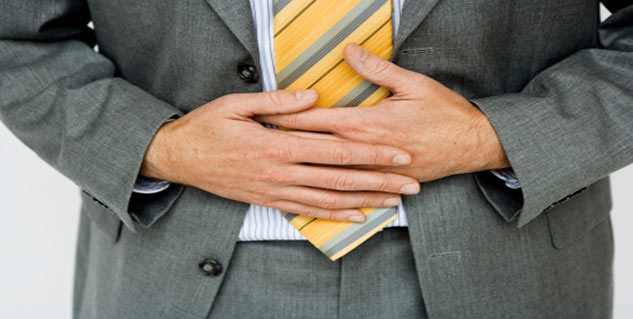 Menetrier disease also known as hypoproteinemic hypertrophic gastropathy is a disorder involving overgrowth, usually massive overgrowth, of mucous cells in the mucous membrane in the stomach. It results in giants gastric folds in the stomach lining.

The mucous cells release protein-containing mucus in a normal stomach. However in a stomach with enlarged stomach walls the mucous cells release too much mucous, causing the protein from the blood to leak into the stomach. This leakage of protein in turn results in shortage of protein in the blood causing hypoprotienemia. Moreover, the disease also affects the number of acid-producing cells in the stomach, decreasing the stomach acid.

Besides these symptoms the disease may also show some signs like swelling of the face, abdomen, limbs, and feet caused due to the very low levels of protein in the blood which is very common in Menetrier disease. The leakage in the stomach causes lack of oxygen in the blood which may also results in signs of anemia due to the shortage of red blood cells. People with Menetrier disease are also at a higher risk of developing gastric cancer.