What is Small Cell Lung Cancer?

Small cell cancer of the lung comprises one of the major cell types of cancers of the lung. 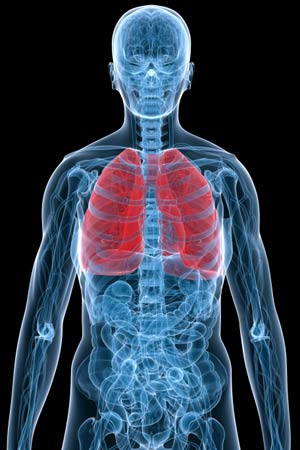 According to the American Cancer Society, “About 10% to 15% of all lung cancers are small cell lung cancer (SCLC), named for the small cells that make up these cancers. Other names for SCLC are oat cell cancer, oat cell carcinoma and small cell undifferentiated carcinoma. SCLC often starts in the bronchi near the center of the chest and it tends to spread widely through the body fairly early in the course of the disease (usually before it starts to cause symptoms). The cancer cells can multiply quickly and spread to lymph nodes and other organs, such as the bones, brain, adrenal glands and liver.”

This form of lung cancer metastasises at a rapid speed and by the time it is diagnosed, it has spread throughout the body. Surgery in such cases fails to treat the malignancy and doctors opt for chemotherapy or radiation or both but not surgery. This aggressive form of lung cancer is more common in men than women and its symptoms are referred to as paraneoplastic syndrome i.e., symptoms that occur as a result of secretion of hormones by a tumour or the body’s immune response to it.

Read through to have an insight into the possible risk factors of SCLC.

Some people inherit genetic mutations from their parents and are therefore, highly vulnerable to cancers. If your family has had a history of lung cancer, especially small cell lung cancer, your chances of acquiring it are high.

People who mine uranium are more likely to develop small cell lung cancer than those who aren’t exposed to it.

It is an inert gas that originates from decayed uranium and has been found to put a person at the risk of malignant form of lung cancer, SCLC.

If the small cell lung cancer has been found in its earliest stages, surgery might be used, however, small cell carcinoma is often diagnosed in its later stages and that is why chemotherapy is considered to be the best treatment option for it.