Understand the consequences of consuming something wrong and learn to make the right choices in matters of food. Types of food that you should avoid are listed here. 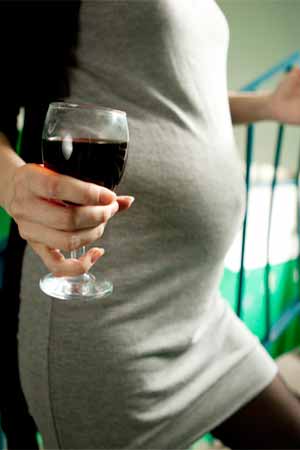 Pregnancy is a delicate period for a woman and the baby in her womb. Being on a balanced food diet is therefore very important for a pregnant mother. While most foods are safe during pregnancy some should definitely be avoided.

Make your pregnancy safer by learning about the types of food that you should avoid.

Meat – Undercooked or rare meat steaks or poultry is a strict no-no. This is because of a high risk of getting contaminated with bacterias, such as coliform, toxoplasmosis and salmonella. Moreover, liver is not safe to be eaten during pregnancy. Also cured meat such as parma ham and salami should be avoided.

Dairy Products – Unpasteurised milk and all other dairy products made out of unpasteurised milk should be avoided during pregnancy. This is because they contain a type of bacteria that could cause food poisoning. Cheese should also be avoided because it carries bacteria, Listeria. and it may cause miscarriage. You need to avoid soft cheese to keep your baby safe.

Eggs – Once again it is important that you eat eggs only after they are fully cooked. Raw and undercooked eggs contain bacteria that may harm the body. Besides, you must also try and avoid mayonnaise as they contain raw eggs.

Caffeine – There is quite a debate whether moderate intake of caffeine is fine or not. Some studies say that it may lead to miscarriage while others say that it is not so. Also caffeine helps in eliminating fluids and calcium from the body and so it is only normal that you drink lots of fresh juices and water instead of caffeinated beverages.

[Read: Does a Diet Affect Pregnancy?]

Fish- Avoid fishes with high level of mercury as it may cause brain damage, for example, shark, king mackerel, swordfish and tilefish. There are certain fishes used in preparing Sushi which should be avoided too for the same reasons. Fishes found in contaminated water bodies should not be consumed as it can be toxic for you.

Unwashed Vegetables – It is certainly important that you eat vegetables but also keep in mind not to eat unwashed or uncooked ones.

Your pregnancy is a very important time and the growth of your baby much depends on what you consume during your time of pregnancy. Just be a little careful and learn to differentiate between the type of food which is good for you and the type that is not.