Relationship Help- There are multiple reasons for divorce, some marriages endure ups and downs due to communication breakdown while the others may become prey of infidelity. 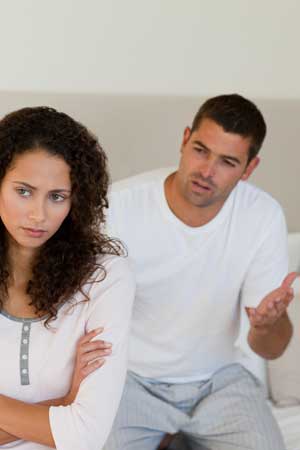 Marriage, as we all know is an institution. It is a learning process which lasts a lifetime. It involves commitment, sharing, responsibility, honesty and many other such virtues exercised by both partners. Unfortunately no marriage is problem free; and trouble starts when either or both partners refuse to figure out the root of the problem.

Some marriages endure the ups and downs; and some fall to one, or more of multiple reasons for divorce. However, it is not always the causes for divorce that break marriages down, but not knowing about them and in many cases not knowing how to deal with them.

A list of the top ten reasons for divorce is given below. The order is not perfect and can be fine-tuned to suit different parameters.

Difference in priorities and expectations

A self- explanatory term, it may become a major issue for many marriages. It is a fact that no matter how much we try to harmonize our priorities, we still remain distinct individuals.

Any substance abuse leading to addiction wreaks havoc in family life. An addict will not only have a degrading effect on his or her own self, more often than not they will leave disastrous emotional scars on their spouses and children.

Children are reflections of our own selves, and sometimes parents, not being able to let go of their egos, put the child in the backburner. Differences in ideas of child rearing does cause rifts in marriages, contributing to the list of reasons for divorce.

Inter religious marriages are on the rise, and sometimes religion can become a distancing factor between couples, in spite of prenuptial discussions on this issue.

While more compatible couples will stay together for life, over the years some couples will grow distant and disinterested in their partners. This ‘growing apart’ or ‘fallingout of love’ has become increasingly common and is now a major cause for marital breakdown.

Bang in the middle of this pack of top ten reasons for divorce is the very important need in a marriage—that of physical satisfaction. There are many aspects of sexual incompatibility, from impotence to inability to satisfy, and from abstinence to indifference to one’s partner’s needs.

Although not always the sole or primary cause of divorce, economic strain is often a contributing factor in a couple’s estrangement. Undoubtedly money causes friction, and it is not always a lack of money or material things that lead to frustration. In the modern day scenario, where both partners earn, it could be as simple a reason as the woman earning more than her husband.

Abuse is one of the biggest reasons for divorce, and a person at the receiving end leads a miserable life. Many victims of abuse however chose to go on living an oppressed life often owing to fear and shame.

Most often, growing differences between the spouses, which may have their roots in other causes, result in communication breakdown, and couples become unable to communicate in a normal, meaningful manner.

Topping the list of reasons for divorce is infidelity or being unfaithful, or simply cheating on one’s partner. It is a violation of mutually agreed, although they may be unspoken, boundaries that a couple assume in the sacred sanctity that is marriage.