Is the Idea of Marriage Fading?

Girls no longer see marriage as the absolute definition of success. 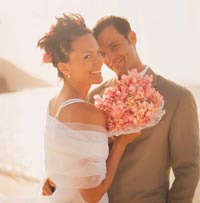 ‘Modern girls are running away from marriage’, reveals a new study. The idea of marriage has become increasingly stark in modern-day girls.

Only one in five girls in the UK consider getting married as important, while half of boys believe in marriage and consider it right. The conventional view of marriage seems to be shifting, which was traditionally seen as more important to women than men.

A study was conducted on 1,200 girls and young women and 600 young men and boys, aged between seven and 21, from various parts of UK. At the end of survey, it was found that 56 per cent of males view marriage as the best kind of relationship, compared to 46 per cent females. Female respondents valued family and marriage, though they no longer see it as a key determinant of success.

The modern generation of females value independence and education more than their mother’s generation, which is the reason for their strong opinions about marriage.