The Complete Guide to Abortion

Learn all about what causes one to seek abortion, what happens after a woman has gone through it, how best to recover, complications and the abortion law practised in India.

Abortion is the removal or expulsion of a foetus or embryo from the uterus with the help of medicines or operation depending on the stage of the pregnancy. 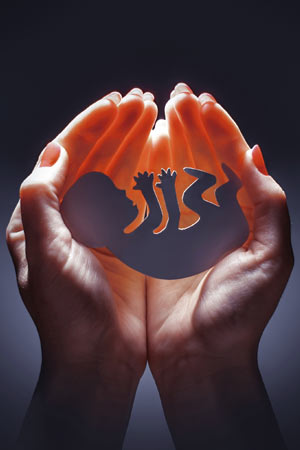 Abortions: How and When?

Abortions in the modern society can either be done through medications or surgery or a combination of both, but the method that is chosen will depend on the stage of the pregnancy. Your overall health and medical history are checked by the doctor. Medications are effective and used during the early stage of pregnancy, which is before nine weeks of the term. Between nine to fourteen weeks of pregnancy, abortions are done with a combination of operation as well as medications. A pregnancy which has gone beyond fourteen weeks needs labour inducing medications and operation. Abortions are generally not done after twenty-four weeks of pregnancy.

Recovering from an Abortion

After an abortion, you may expect:

Abortions are mostly safe and there is a very less chance of associated risks and complications. The earlier an abortion is carried out the more are its benefits such as lesser risks, more options and quick recovery time.

The National Abortion Federation says that unlike miscarriage, adoption increases the risk of breast cancer in women and possible changes of future childbearing. One of the best ways in which abortion can be prevented is by planning the pregnancy and using contraceptives whenever one is having sex.

An abortion surgery does not prevent you from having babies in the future. Recovery after abortion is generally without any glitches if done by an experienced and qualified doctor but you should seek medical attention if you have a high fever, heavy bleeding or pass large blood clots, severe backache or abdominal pain, foul smelling vaginal discharge or a complete absence of bleeding within twenty-four hours from the procedure.

The Medical Termination of Pregnancy Act was enacted by the Indian Parliament in 1971 as a method to amend restrictive regulations on abortion as put in the Indian Penal Code previously to work along the trends in the society.  Besides, the sky rocketing population of India was so alarming the restrictions on abortion had to be implemented. A few of the situations in which a womany will be allowed to conduct abortion as laid in the Medical Termination of Pregnancy Act of India are as follows: