Know how you can Determine your Pregnancy with Tests

Today there are many tests for determining pregnancy. You can even get home pregnancy kits for confirming the doubt of being pregnant. Here are some of the ways of knowing that you are pregnant.

Is it the BIG news? You might be completely clueless whether you are pregnant or not until the time you miss a period. 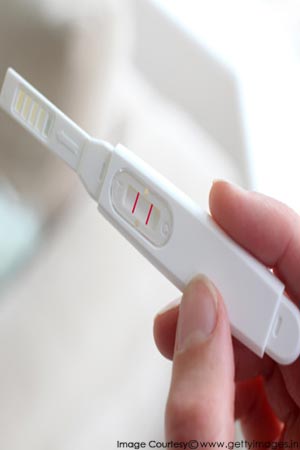 Watch out for the below mentioned symptoms of pregnancy and try a home pregnancy kit to be sure about the coming bump! All the symptoms might not be present in an expecting woman so confirm the news with the help of a home pregnancy test.

You can confirm your doubts of pregnancy with the help of home pregnancy kits which are available over-the-counter and have an accuracy of almost hundred percent. Home pregnancy kits detect the presence of the hormone human chorionic gonadotrophin (hCG) in the urine. This hormone is secreted when the fertilized egg implants in the uterus, levels of hCG keep rising and is at its peak in the second and third month of pregnancy.

When to use a Home Pregnancy Test