Terminating Pregnancy: When and How

Abortion is a life-changing desicion and should be done only after acquiring all the information about it. Read the article to know when and how to terminate a pregnancy.

While pregnancy can be a wonderful news for many but for a few it may not be either desirable in certain situations or might be required to save the life of an expecting woman. Termination of pregnancy or abortion is ending of a pregnancy much earlier than its fruition. 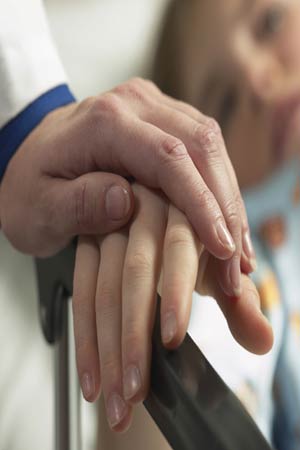 Abortion can sometimes happen spontaneously on their own in the very early stage of pregnancy, which is said to be a miscarriage or spontaneous abortion. But the term abortion is generally referred to induced abortion which is intentional and which is done for various reasons from therapeutic reasons, to terminate an abnormally growing fetus or to avoid an unplanned pregnancy.

Abortion is the removal or expulsion of a foetus or embryo from the uterus with the help of medicines or operation depending on the stage of the pregnancy. Abortion is mostly sought when the pregnancy is unplanned or is an accident which may have happened due to not using a contraceptive or failure of a contraceptive by incorrect usage or otherwise. In some cases, abortion is also sought when prenatal tests indicate abnormalities in the growing foetus. Abortion many a times can be the only option to safeguard an expecting woman’s health and life, this is called therapeutic abortion.

Abortions: how and when

Recovering from an abortion

After an abortion, vaginal bleeding or spotting is common and occurs for few days which may continue to two weeks. You would need to follow up with your doctor after the procedure for a check up to make sure there is no pregnancy tissue left which can cause infections. Recovery is almost immediate but differs from case to case, abortions done during the later stage of pregnancy needs more recovery time. You may be advised to avoid sexual intercourse after an abortion procedure for two weeks to a month depending on your case, health condition and complications. It is better to follow you doctor’s advice and instructions regarding resuming normal activities and practicing any sexual activity.

Abortions are mostly safe and there is a very less chance of associated risks and complications. The earlier an abortion is carried out more are the benefits such as lesser risks, more options and quick recovery time.

An abortion surgery does not prevent you from having babies in the future. Recovery after abortion is generally without any glitches if done by an experienced and qualified doctor but you should seek medical attention if you have a high fever, heavy bleeding or passing big blood clots, severe backache or abdominal pain, foul smelling vaginal discharge or a complete absence of bleeding within twenty-four hours from the procedure.