The symptoms of dependence on depressant drugs are craving for the drug, often with unsuccessful attempts to cut down on its use. The user most times get over dependent on it.

Drug abuse takes you on a destructive road, and it can make your life a living hell. There is hardly any come back point from drug abuse once you get into it, how can you recognise its symptoms?

Sedative drugs which are also known as depressants tend to slow down the activity of the brain, in other terms the brain gets depressed. There are many depressant drugs found in the market and to lay your hands on them is very easy. With regular use of such drugs you become tolerant and your body adjusts to them. Then you would require higher dose in order to achieve the desired effect. The worst happens when you are trying to get back on the right track, because with such drugs you will always experience withdrawal symptoms because of the high level of dependency that you have for the drugs. Alcohol, although it falls under the same category is so commonly used that it has been given a separate stature.

What are the Symptoms?

•  There comes a craving for the drug every time a person tries to cut down on its usage.

• There comes a continued need to take the drug even when he or she is experiencing psychological, interpersonal and physical problems because of taking the drugs.

Much like alcohol, dependence on such depressants as with alcohol, depressants can cause symptoms during intoxication. These symptoms can include slurred speech, problems with coordination or walking, inattention, and memory difficulties. In extreme cases, the person may lapse into a stupor or coma. 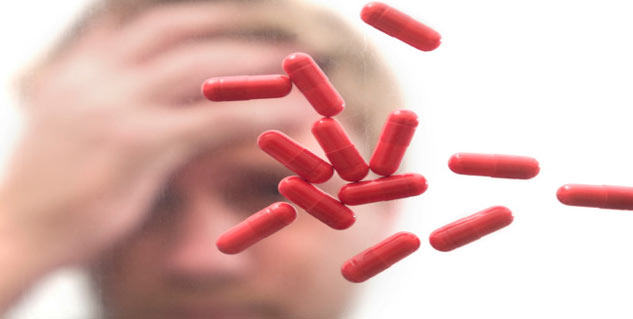 Once cannot really give the number of dose of pills per day that an abuser is depended on, but dependency grows with the passage of time. There is an urgency to use more and more of the drugs so as to remain in that state of mind more often. When it comes to addiction, you have to understand that an addicts needs surpasses the physical, an addiction indicates that the person is also very much relying on the drug emotionally.

What Happens When the Abuse Stops?

When the drug addict tends to stop taking the drug, his or her body’s accustomed internal environment changes in the most drastic way. This can then cause symptoms of withdrawal, such as, anxiety, tremors, nightmares, insomnia, poor appetite, rapid pulse and breathing and abnormalities in blood pressure. You could experience dangerously high fever and seizures, and therefore you must be very careful.

If you know of anyone who has fallen prey to such wrong and addictive habits, then you must make sure to help this person by taking him or her to a doctor and rehabilitating the person.

MORE FOR YOU
Not Drinking Enough Water During Winter? Tips On How To Stay Hydrated
Peeling Skin: Causes, Symptoms, Treatment and Remedies
3 Organic Teas That Are Perfect To Keep You Warm In Winters
10 Surprising Facts About Twin Children Parents Must Know
Can You Exercise While Infected With Omicron COVID Variant?
With 12.7 Deaths, Antimicrobial Resistance Claimed More Lives Than AIDS, Malaria: Study

Is ADHD Affecting your Relationship