Smoking and drinking does not affect sperm count says study. 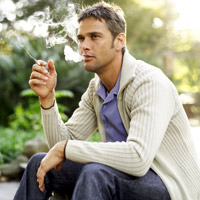 A recent British study contends that if a man drinks or smokes to excess or behaves unhealthily, he is not likely to damage his sperm. Fertility experts were not, however, in full agreement with the findings of the study that was published on June 12 in the journal Human Reproduction.

Over 2,200 men from 14 fertility clinics around UK were a part of the study. These participants had completed a detailed questionnaire about their lifestyle habits, which the researchers compared to the levels of swimming sperm that were ejaculated by the men.

Although certain factors did affect the health of the sperm, use of alcohol, tobacco and recreational drugs had little impact on the levels of swimming sperm. It was seen that men, who had low levels of swimming sperm were about 2.5 times more likely to have gone through testicular surgery, twice as likely to be of African-American descent and 30 per cent more likely to have jobs pertaining to manual work, not wear briefs or underwear or not have conceived a child previously.

Dr. Andrew Povey from the University of Manchester’s School of Community Based Medicine said in news release that despite the uber importance of lifestyle changes for different aspects of health, the results provide evidence that many lifestyle choices have little impact on how many swimming sperm a man ejaculates. The researchers added that lifestyle advice that is given to infertile men should be altered.

The researchers noted that several current UK guidelines proscribe smoking, drinking, being overweight, wearing tight underwear and drug use to infertile men, which the new study proves is futile. Povey highlighted that the study overturns a great part of the current advice that doctors give to infertile men and thereby, delay the fertility treatment until the patients make the lifestyle changes that have little proof of effectiveness. Experts in the US said that while it is reassuring to know that the sperm count doesn’t affected by the unhealthy habits, it is still important to better lifestyle to improve the chances of conceiving.