Study: Fasting is the Best way to Combat Cancer 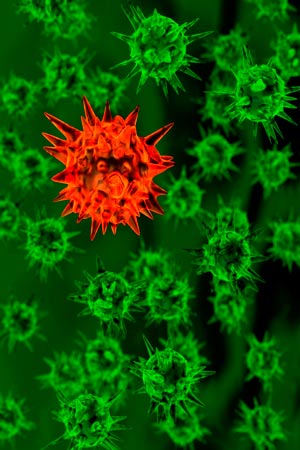 According to a new study, fasting for short periods has the potential to boost the effectiveness of cancer treatment. Not only did fasting slow the growth and spread of certain tumours but helped to cure certain cancers if combined with chemotherapy treatment. It has brought hopes for the development of an effective treatment plan with further research.

Details of research on effect of fasting on cancer

The University of Southern California researchers conducted this study on mice which is ongoing as further research based on the outcome. Their finding was that the effect of fasting on cancer cells is different to the same on normal cells. While hibernation is the effect of the strains of fasting on the normal cells, it was observed that the cancer cells kept on growing and dividing and the end result was their complete destruction. It was cellular suicide of sorts.

Valter Longo, lead author of the study said that the cancer cells try to compensate for the substances missing in the bloodstream after fasting. It was a process of replacing these substances but the cancer cells are unable to do so. Breast, urinary tract and ovarian cancers were studied and it was found that even without chemotherapy, fasting has a curative effect on breast cancer, glioma brain cancer and a cancer of the nerve tissue called neuroblastoma.

In all the cases under study, chemotherapy treatment was more effective due to fasting. But it was noted beyond doubt that chemotherapy alone was not enough to help the cancer-afflicted mice survive. The researchers stated in measured tones about the efficacy of such a treatment plan for humans, that it would take several years of clinical trials on human cancer patients to confirm this. Although such trials on humans are already underway, whether calorie restriction can help get rid of cancer remains to be seen.